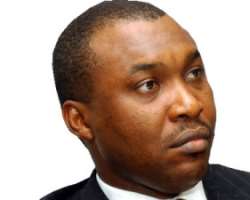 Over 50 unnecessary charges in the Nigeria’s aviation  industry are directly or indirectly imposed on air passengers, the Federal Government's Ministerial Committee on Aeronautical Charges, has said.

Presenting its findings after a five-week research, the Chairman of the committee, Mr. Ahonsi Unuigbe, said the basis of some charges in the sector were not known and were extremely arbitrary. He spoke at the headquarters of the Federal Ministry of Aviation on Friday.

'There are over 50 different charges imposed by the three main aviation parastatals which are sometimes charged by different agencies for the same services. One example is the imposition of both port charges, as well as cargo charges by the Federal Airports Authority of Nigeria on the same cargo,” he stated.

The three main parastatals of the ministry include FAAN, Nigeria Civil Aviation Authority and the Nigeria Airspace Management Agency.

The aeronautical committee was inaugurated by the Minister of Aviation, Mr. Osita Chidoka, on November 4, 2014 to review all aeronautical and non-aeronautical charges in the aviation sector.

On passenger ticket charges, Unuigbe said the committee analysed the basis of computation of passenger tickets for domestic airlines including Arik, Dana, Medview and First Nation.

'The analysis shows that an amount ranging from 40 per cent to 65 per cent of the airfare is hidden as fuel surcharge. The computation of this fuel surcharge is unknown to both passengers and government alike. Equally, this cost element has been omitted by the airlines in the computation of both VAT and ticket sales charge, resulting in significant loss of revenue to the Federal Government.

'There is a prevalence of inaccurate computation of statutory charges and non-remittance of charges collected from passengers to appropriate aviation authorities. From the tickets analysed, some airline operators deliberately charge as high as nine per cent of base fare as ticket sales charge as against the statutory five per cent that is expected to be remitted to the government through the NCAA,” Unuigbe said.

The committee's findings also revealed that there was a prevalence of poor service quality to passengers in the face of non-enforcement of passenger bill of rights.