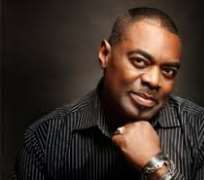 So also has it been confirmed by Silverbird Television.

Chukwuma is the host of a popular radio interactive show, Life issues with Chaz B.

He started it on Inspiration FM, but moved it to Rythm FM in April this year.

He was still on the show on Friday where he complained of ill health and excused himself before the end.

He promised to be back on Monday, reports said.