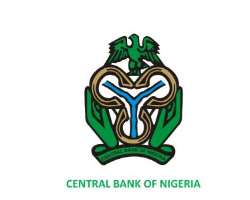 On calls from some quarters that the Federal Government should respond to the decline in revenues arising from the drop in oil prices by printing more Naira to fund projects, the Coordinating Minister said that such poorly thought out populist recommendations would be disastrous for the country if implemented. She said such prescriptions ignore the facts of history as well as the elementary principles of economics.


'Printing money without adequate revenue support will lead to serious consequences for the country. It will spur inflation as the experiences of Germany in the early part of the last century and more recently, Argentina and Zimbabwe demonstrate. This prescription will victimize the poor and middle class that it is supposedly protecting.'


She explained that the best way to protect the interest of the ordinary people is to control inflation as much as possible, expand the economic base, strengthen the sectors that drive growth, boost critical infrastructure and create more jobs. We have already started doing that, the results are already coming but we still have a lot of work to do. To show how serious government is about job creation, President Goodluck Jonathan will tomorrow, November 17 launch the 4th edition of YouWin to support another 1,5000 entrepreneurs along with a private equity fund for entrepreneurs. That is an expression of government's commitment and seriousness to job creation'.