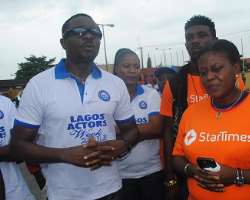 The 3rd edition of the prestigious Lagos State Actors week is scheduled to commence from November in Surulere, Lagos.

In a media parley weekend, Don Pedro Aganbi, Chairman, AGN Lagos Chapter, noted that “in today's modern society, Actors will continue to play an increasingly significant role in the development of any nation culturally, socially and economically”

He noted that the Lagos Actors Week is also a revolutionary platform for the government, private sector, business community and foreign missions to chart a course for the future of the Nigerian actor with in-depth discussions and networking focusing on top business issues in movie making and entertainment at large.