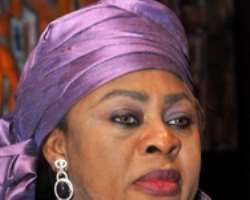 The former Minister of Aviation, Ms Stella Oduah, has begun mobilisation of the stakeholders' support for her ambition to contest the Anambra North Senatorial District seat in the 2015 general elections.

Addressing supporters in Onitsha on Friday, Oduah said she would provide effective representation and credible voice for the zone.

She said the zone would be restored to its pride of place where the people's creativity and entrepreneurial skills would top her priority, if voted into power.

Uzoka, Chairman of the Campaign team, lamented that the zone had suffered poor representation at the federal level.

He expressed the confidence that Oduah's record and achievements had helped to restore the pride of the people.