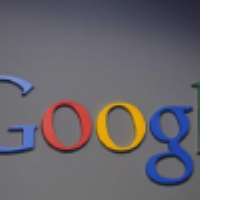 Google Inc's revenue fell short of Wall Street's expectations as growth in Internet advertising slowed in the most-recent quarter, offsetting a modest improvement in ad pricing, sending its shares down about 3 percent.

The total number of ads, or paid clicks, expanded by 17 percent in the third quarter. That was down from the 25 percent growth rate that Google delivered in the second quarter.

But online advertising rates, which have been mired in a multi-year decline, moderated slightly in the third quarter, declining 2 percent year-on-year. That marked an improvement from the 6 percent decline in “cost-per-click” or CPCs in the second quarter.

Shares of Google fell 2.7 percent to $510.11 in extended trading on Thursday.

Google posted $16.52 billion in revenue for the three months ended Sept. 30, compared to $13.75 billion in the year ago period. Analysts polled by Thomson Reuters I/B/E/S were looking for revenue of $16.57 billion in the latest quarter.

Google ramped up its spending during the quarter. The company increased its headcount by roughly 3,000 employees, contributing to a 46 percent rise in research and development costs.

On Thursday, Google announced it had appointed Omid Kordestani its new chief business officer, replacing Nikesh Arora, who had departed a quarter ago to join Japan's Softbank Corp. The chief business officer is considered a key position, overseeing all the company's revenue-generating activities and serving as a liaison to investors and Wall Street.