Activities of Secretary-General in Libya, 11 October 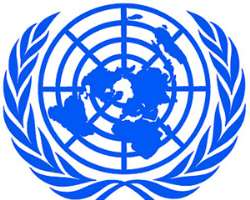 His brief trip was aimed at urging Libyan parties to press forward with their nascent dialogue in order to restore stability to their crisis-ridden country.

From the airport, he immediately went to the Corinthian Hotel in the city, to speak at a meeting that brought together the Deputy President of Libya's elected House of Representatives, Mohammed Sha'ib, other members of the House, and parliamentarians who had not attended the House sessions, including Fathi Bashagha, who led the so-called Misrata delegation. The Foreign Minister of Italy, Federica Mogherini, was also present at the meeting, as well as special envoys of a number of countries.

The Secretary-General very clearly told the legislators that “if violent confrontations do not cease, if sustainable peace is not restored, prosperity and a better life will be a distant dream”. (See Press Release SG/SM/16249.)

Stressing that there is no alternative to dialogue, the Secretary-General underscored that difficult decisions would have to be made by all parties. He encouraged them to ensure that the recent ceasefire agreed to in Ghadames holds, as no political breakthrough could be achieved if fighting continued.

Mr. Ban also had a message to the international community: “We would like to stress that all countries should support this political process. No military intervention will help to resolve the outstanding problems.”

He committed the United Nations continued support and assistance to the Libyan-led political dialogue.