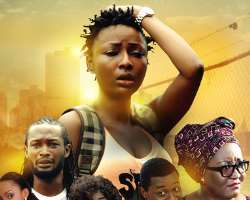 One of the most reputable film producing companies in the country, Oracle Films Limited is set to release a yet another enthralling Nollywood flick, Bambitious.


In a release contained of the movie synopsis, Bambitious tells a story of a modern-day and very ambitious young woman named Bambi, who epitomised Evita Peron – described as the “highest social climber since Cinderella”.


Bambi got disillusioned with Frank, her boyfriend of many years, who was contented with living from hand to mouth. This lack of ambition was at the centre of all their fights. Then one day, Frank ventures to “open the door” for Bambi's exit – a move he later came to regret.


As being free of the wretched Frank, Bambi meets and sinks her teeth into the very rich, near-naive Jerry. He got so carried away by her beauty that he even proposed marriage before they got intimated.


Same day, Bambi realizes that she is pregnant. How would she pass off Frank's pregnancy as Jerry's? Then, there is the issue of his mother, a devout Catholic – who frowns at pre-marital sex. And the imminent trouble of Jerry's ex-girlfriend, Funmi Coker, who refused to remain in the past.


Bambi is running against time to fool Jerry, face his mother's wrath and outsmart Funmi Coker. With the help of her best friend, Ifeoma, they set about executing a fool-proof plan. But they didn't bargain that Frank will jump into the fray, demanding that his child will not be given to another man.


Bambitious stars the fast-rising Belinda Effah as Bambi, with the talented actor, Bucci Franklin as Frank. The award-winning Daniel K. Daniel is Jerry, while the delectable Idongesit Bruno played Ifeoma. Funmi Coker is classically delivered by the gorgeous Hekka Hedet, while the veteran Ebele Okaro-Onyiuke adds glamour to the cast as Dr. Ese Braide, Jerry's mother.


Shot in Enugu, it was written by Patrick “Koinage” Nnamani, while produced by Oracle Films and directed by Okey “the ORACLE” Oku.