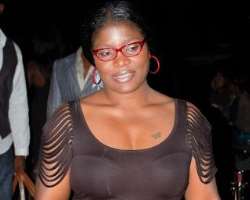 Controversies flooded online some days ago, after a journalist by the name Nicholas Ibekwe who is an investigative reporter released what is purported to be audio evidence of popular pastor of the Synagogue church, T.B Joshua of him bribing journalist with 50, 000naira. Read it HERE
Many people have put the journalist on blast for coming out with such news. While others were happy that the pastor was exposed. Award winning PR, Egor Efiok has aired her opinion on the issue. According to her she sees nothing wrong in giving journalists money.

In her words, she said “I honestly do not see anything wrong in giving journalists who have been working all day covering a story some money. Do logistics ring any bells? Won't the journalists eat? Didn't our Lord Jesus feed people that came to watch Him preach? I am not particularly on anyone's side, but I don't believe in kicking people when they are down. Leave judgement for God and stop doing His work for Him”

Do you think she is right?