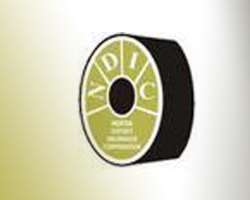 The Nigeria Deposit Insurance Corporation (NDIC) on Thursday approved the reduction of insurance premium paid by Deposit Money Banks (DMBs) from 0.5 per cent to 0.35 per cent. The new premium-based insurance rate of 0.35 per cent, according to the corporation, is expected to take effect from next year. The Managing Director/Chief Executive Officer, NDIC, Alhaji Umar Ibrahim, disclosed these at the 25th anniversary press conference of the corporation in Abuja. The decision to reduce the insurance premium, he said, was part of the corporation's contributions not only to failure resolution, but to the Financial Stability Fund. This, he added, would help the corporation reduce the cost of funds incurred by the banks, thus ensuring stability of the banking sector. Ibrahim said, 'Another contribution to failure resolution by the NDIC is in its contribution to the Financial Stability Fund by the downward review of the premium payable by banks through a reduction of the assessment rate from 50 to 40 and further to 35 basis points. 'That was done to encourage the banks in their contributions to the Financial Stability Fund and reduce the cost of funds by Deposit Money Banks.' Shedding more light on the development, the Director, Insurance and Surveillance Department, NDIC, Mr. Zaccheaus Anate, said the 0.35 per cent reduction on insurance premium would take effect next year. He said when the premium was first reduced in 2010 from 0.5 per cent to 0.4 per cent; the corporation was able to reduce the amount of insurance premium paid by banks by N53bn. Anate said, 'In support of the Financial Stability Fund; in 2010, we reduced the premium-based rate from 0.5 per cent to 0.4 per cent and that took effect from 2011 up to this year, and that is for four years, and for this four-year period, we have had a reduction of N53bn as a result of reduction in the base rate from 0.5 to 0.4. 'Now, from next year, there is going to be an additional reduction in the base rate from this 0.4 per cent to 0.35 per cent and definitely, that will lead to additional reduction for the banks. 'We want to make sure that we reduce the premium burden for banks and also to make sure that the deposit insurance is fairly priced. We want to support the banks to make sure they succeed.' Giving a breakdown of the performance of the corporation in the last 25 years in the area of distress resolution, Ibrahim said that as of the end of August, it had paid a cumulative sum of N93.64bn as liquidation dividend to 250,497 bank depositors. He also noted that the NDIC had declared a final dividend of 100 per cent of total deposits in respect of the 14 closed banks as of December 2013. This, according to him, is an indication that all depositors in those banks have fully recovered their deposits. Furthermore, Ibrahim stated that the sum of N1.72bn was declared as dividends to 699 creditors of nine of the banks. Out of that amount, the corporation, he explained, had paid the sum of N1.19bn to 424 creditors, who filed their claims by August 31, 2014. Similarly, Ibrahim added that the NDIC had paid liquidation dividend to 453 shareholders of Alpha Bank, Pan African Bank and Nigeria Merchant Bank, which stood at N2.03bn as of August 31, 2014. With regards to liquidation activities, he stated that the corporation had made a lot of achievements in ensuring that depositors of liquidated banks suffered as little loss as possible. - Punch.