WHO IS SENATOR 'GBENGA ASHAFA? 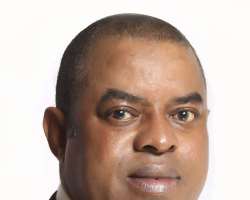 Senator Bareehu Olugbenga Ashafa is a Lagosian with functional and strategic experience in both public and private sectors. He played leadership role as the Executive Secretary and Permanent Secretary in the Ministry of Lands of Lagos State-Nigeria for almost a decade where he created five (5) and resuscitated nine (9) moribund Government Schemes. He pioneered the Electronic Document Management System (EDMS) in the Land Registry and initiated the electronic Certificate of Occupancy (e-C of O) recently launched by the Lagos State Government. He raised the revenue base of the Lands Ministry from 1 Billion Naira in Year 2001 to 13.23 Billion Naira in Year 2010 before he was elected a Senator of the Federal Republic of Nigeria representing Lagos East Senatorial District in April, 2011.

He had his Primary and Secondary School Education at Christ Church Cathedral Primary School, Marina, Lagos (1961-1968) and the CMS Grammar School, Lagos, (1973 set) respectively. He trained in Morgan State University, Maryland USA (graduated 1978 Set) and later at University of Tennessee, Knoxville, USA where he bagged his Masters in Public H. Administration in 1979.


He was instrumental to the execution of 76 Federal Constituency Projects worth over 584 Million Naira in his Senatorial District between June 2011 to January, 2014.


In addition to this, as at January, 2014 over Three Hundred and Eighty –Five Million Naira (N385,000,000.00) has been channelled through the vehicle of his Constituency Empowerment, 'Gbenga Ashafa Trust Fund Endowment (G.A.T.E) which has succeeded in touching the lives of members of his constituency in the following specific areas: Education, Youth Empowerment, Agriculture, Health and Community Development. These programmes and projects revolved around his 4-Cardinal Point Agenda for the Senatorial District namely; Effective Peoples' Representation, Youth Empowerment, Educational Enhancement and Sustainable Agricultural Development.


He is happily married to Mrs. Folashade Ashafa, a retired Director at the Federal Civil Service. They are blessed with children and grand children.

Disclaimer: "The views/contents expressed in this article are the sole responsibility of the author(s) and do not necessarily reflect those of The Nigerian Voice. The Nigerian Voice will not be responsible or liable for any inaccurate or incorrect statements contained in this article."
Articles by Babatunde Adegunju
23-2-2015  ‎apc Is The Messiah That Nigeria Needs - Ashafa