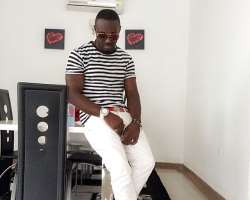 Nollywood actor, Jim Iyke, has expressed his feelings to fans that he owns his words but owe people the interpretation to anything he says or write as it is best known to him.

Jim Iyke explained that a person might say something but people might have different perception to whatever is said and as such, might get people confused.

He added that though people might think bad about a person, he will always remain who he is.

“I own my words but I owe people the interpretation. Men dt wear their intentions on their faces sometimes. As much as one might have a good intention for their actions, his action may seem parallel to his intention depending on hw peo perceive it. As much as perception is good, when viewed wrongly can lead to deception. Even tho wat peo think about you may bear relevance, I am what I think. #Introspection #InsideOut #EmpireStateOfMind #LawsOfRecognition #Impervious #MyDarkThots #DmBae.”

PICTURES: As Former Delta State Governor James Ibori Pleads Guilty in a UK Court, Here is a look at his “Fabulous” Lifestyle