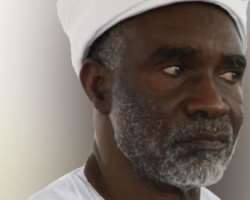 A peaceful rally was organised yesterday by about 2,000 youths, women and children at the Ribadu Square in Yola, the Adamawa State capital, to show solidarity and support for Governor Murtala Nyako over the current impeachment allegations leveled against him by the State House of Assembly.

The supporters, after convening at the Ribadu Square, marched to the residence of the governor to express their grievances over the antics of some top politicians based in Abuja who are allegedly behind the impeachment and are hell-bent to see that Nyako is impeached from office at the detriment of the relative peace the state is enjoying.

According to her, no less than 10,000 women and youths have benefitted from the various economic empowerment programmes of Nyako, which have made them to be economically self-reliant.

Abba also appealed to those behind the impeachment saga to see reasons to why they should jettison the moves and embrace peace in the interest of the generality of the state, stressing that the peaceful co- existence of the state was bigger than any individual's interest in the state.

She said the youths, women and children were using the opportunity to join traditional and religious leaders to plead with the lawmakers to sheath their swords for the benefit of peace.

While addressing youths, women and children that came to identify with him, Nyako said he has forgiven all Abuja-based Adamawa politicians that were the brains behind the impeachment saga against him.

He said he had joined all well-meaning citizens of the state to pray to God to also forgive them for all their machinations to polarise the state along ethnic and religious lines.

Nyako attributed the impeachment imbroglio to those he described as unpatriotic politicians that had hidden themselves under the canopy of elders of the state to cause disaffection among good people of the state.

The governor, who played host to the group of youth, women and children who were in his residence to identify with his noble causes of moving the state forward in all its spheres of development, told the youth to avoid the use of illicit drugs but embrace the skill acquisition programmes run by the state government to improve their wellbeing.

He restate his commitment to turnaround the socioeconomic development of the state, and that nothing would discourage him from delivering democracy dividends to the Adamawa people, adding that he would remain faithful to the social contract with the people.

The Special Adviser to Adamawa state government, Mr. P. P. Elisha, disclosed to the gathering that Nyako declined appearance at the panel constituted by the Acting Chief Judge of the state, Justice Ambrose Mamadi, because due process of law was not followed in the said constitution of the panel.

He said despite the intervention of religious leaders, traditional rulers, and prominent Nigerians, the Adamawa State lawmakers were hell-bent on impeaching Governor Nyako and his deputy.

Elisha, speaking with journalists yesterday, said all the efforts to resolve the crises were being truncated by the PDP Stakeholders who were hell-bent in removing the governor through illegalities.

Meanwhile the seven-man  investigative panel  constituted by acting Chief Judge, Justice Ambrose Mammadi, last week to probe the allegation of gross misconduct levelled against Governor Nyako and his Deputy, Mr. Bala Ngilari, by the state House of Assembly has concluded its public sitting.

The panel, which commenced sitting on Friday rounded up on yesterday with only the complainant (Adamawa Assembly) appearing to state its complaints against the respondents (Governor and his Deputy), who failed to appear.

The panel after waiting in vain for representatives of the governor and deputy governor, went ahead to watch a video clip tendered as exhibit and also cross examined the only witness presented by the house, Mr. Wafarninyi Theman.

Counsels to the assembly at the Saturday sitting, Hussaini Maidawa and Leonard Nzadon, who led Theman in giving evidence, concluded their respective presentations by urging the panel to take their applications against the governor and deputy governor as a proven case of the allegations raised against them.