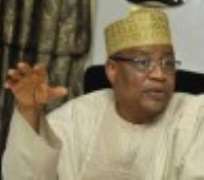 A customer care officer with a new generation bank's branch at Alaba, Ojo, Lagos, Binutiri Aribidesi Sodiq, 26, has been arrested by the police at Zone 2 Command, Onikan, Lagos, western Nigeria, for allegedly withdrawing cash from the accounts of twelve customers of the bank without authorization.

After investigation by Warrant Inspector Dorcas Dangbi and her team, the suspect was arraigned before an Igbosere Magistrates' Court, Lagos, on a 13-count charge of felony to wit, stealing.

The police alleged that the accused, a resident of 3B, Binutiri Street, off Ilogbo Road, Ajamgbadi, Lagos, was arrested following a complaint by the management of the bank's headquarters in Victoria Island, Lagos, that Sodiq had stolen the sum of N989, 200 during working hours between 8 November, 2013 and 27 March, 2014.

The bank further claimed that they discovered the fraud when they audited their accounts.

The offences the accused allegedly committed, according to the police prosecutor, Sgt Raphael Donny, are punishable under sections 409, 363 and 285(8) of the Criminal Laws of Lagos State, 2011.

Sodiq, however, pleaded not guilty to the crime and the Magistrate, Miss Ali Balogun, admitted him on bail in the sum of N3 million with two sureties in like sum.

She adjourned the matter till 24 July, 2014 for mention, while Sodiq was taken to Ikoyi Prison pending when he will fulfill his bail conditions.