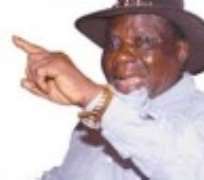 Out of the 500 commuter bus drivers screened by the Lagos State Government at two motor parks in the state, 324 of the drivers tested positive to hard drugs, high alcoholic intake and bad eyesight.

The drivers were tested recently at the T&M CMS and CMS-Epe Motor Parks at Marina, Lagos, southwest Nigeria.

They were screened for high blood pressure, diabetes, eye disease, blood alcohol content (BAC) and narcotics during a five-day screening, awareness and sensitization campaign organized by the Lagos State Ministry of Health.

He explained that out of the 500 motor drivers that were screened during the latest exercise,  50 of those screened suffered from hypertension, 16 people were found to be diabetic, 100 drivers tested positive to hard drugs while 26 others had excessive blood alcohol level.

Of the 351 drivers screened for blindness, 198 of them had eye defect and had been driving with poor eyesight, thus endagering the lives of passengers.

Out of this figure, Idris said 117 were given free eye glasses, 42 people were penciled down for special order lenses while 39 were referred for specialized eye care.

He said the screening, under the Motor Park Health and Safety Initiatives programme was instituted in order to ensure the safety of drivers and commuters by creating awareness about the need for drivers to update their driving skills and techniques, submitting themselves for periodic medical examination, especially eye tests on one hand and other non-communicable diseases like hypertension and diabetes on the other hand and dissuading them from substance abuse like alcohol and drugs.

The commissioner added that the state government decided to embark on the Motor Park Health and Safety Initiatives programme because human developmental index had shown that the numbers of lives that were lost in a year were not necessarily lost to natural illnesses alone but to violence, road accidents, and other needless and avoidable cause of death.

'This explains why the Ministry of Health in collaboration with the Ministry of Transportation and in partnership with Guinness Nigeria Plc put together this initiative. Again, that is why the importance of this motor park health and safety awareness campaign cannot be over emphasized,' Idris opined.

He explained that the Motor Park Health and Safety Initiative sensitization and screening campaign had been taken to Ojota, Iyana Ipaja, Oyingbo and Bariga motor parks, stressing that advocacy, education and enlightenment on what commercial motor drivers should do and should not do as regards their health and well being, especially to ensure an accident free commuting is what the programme seeks to achieve.

He urged commercial motor drivers to desist from taking alcohol, drugs or other related substance before going behind the wheel, stressing that evidence abound that road traffic accidents are influenced and precipitated by substance abuse which impairs driver's ability to manage and manipulate a vehicle well.

'Let us resolve today that we will stop taking a gamble with our lives. Every time you cross the highway, every time you drink paraga (illicit gin), every time you get behind the steering wheels with drugs in your system, it is like putting a loaded gun to one's head and wondering if it can kill or not. It is a huge risk to take and we should stop taking that risk,' he appealed.