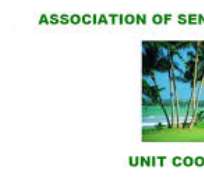 Senior civil servants in the country are spoiling for a showdown with the Federal Government over they perceive as illegality in the appointment of directors.

The civil servants under the aegis of the Association of Senior Civil Servants of Nigeria (ASCSN) are readying for a nationwide strike if the government does not the immediately bale the water now that it is only ankle deep..

The civil servants particularly want the government to immediately reverse the appointment of the Secretary to the Public Complaints Commission (PCC), Mr. Peter Nwakpa Nwafia or risk an industrial action.

In a statement at the weekend in Lagos by its Secretary-General, Alade Bashir Lawal, the civil servants complained that the level of impunity in respect of appointment of officers into the higher echelon of the service is becoming unbearable, intolerable, and embarrassing.

To stem this tide, they workers in addition to the trade union actions have equally decided to petition the International Ombudsman in Vienna, Austria and the African Ombudsman in Dar es Salaam, Tanzania to draw their attention to the abnormalities that are taking place in the PCC

They also want to mount pressure on the Nigeria's ombudsman so that succour and relief can come the way of senior employees who are being dehumanised, traumatised  and humiliated by management of  PCC in Nigeria.

The Union alleged that Nwafia, who was compulsorily retired by the Ebonyi State Government, was 'smuggled' into the federal civil service as a director when most of his seniors were still assistant directors and deputy directors.

The ASCSN's statement added, 'As if that was not enough, Nwafia after spending just few months in the federal ministry of labour as a director was appointed the secretary to the PCC, a post equivalent to that of a permanent secretary whereas the PCC has 17 substantive directors who are by far senior to Nwafia who by normal standard practice should not have been considered for the position at all.

'In order to redress the ugly situation, the union held a meeting with the Chief Commissioner of the PCC on the matter and explained the anomaly in the appointment but instead of listening and bowing to the voice of reason, he (the Chief Commissioner) turned the meeting to a question and answer session and arrogantly told the Union to go and do its worst.'

The civil service body said that it was compelled after the aborted meeting to declare a 21-day ultimatum within which the management of the PCC should remove Nwafia as the Secretary of the Commission or face series of trade union actions that have been lined up to tackle the situation.

According to the ASCSN, it was at that stage that the Federal Ministry of Labour and Productivity apprehended the matter in line with the trade dispute process.

'Since the intervention by the labour ministry, three meetings had been called but the management of PCC had deliberately refused to attend any; instead it has been boasting that there is nothing anybody can do since Nwafia was forced on the PCC in the first instance by a top ranking Senator from the South-East.

'Now that it is very clear that the powers that be are not prepared to toe the path of reason by revoking the illegal appointment of Nwafia, the union had concluded plans to call its members in the federal civil service out on strike to protest the injustices being meted out to them through the smuggling of all manner of people into the service to lord it over their seniors,' the union added.

It further explained that there are cases where graduates of 13, 14 and 15 years of post-graduation experience are being brought into the federal civil service as directors thus killing the morale of genuine and committed officers who have spent over 30 years of meritorious service and are yet to become directors.

'The most bizarre aspect of Nwafia's appointment is that apart from the fact that he was smuggled into the federal civil service in violation of all relevant laws and procedures contained in the Public Service Rules, guidelines for appointment, promotion, and discipline in the Public Service, he is drawing two salaries from the Federal Government, first from the Federal Ministry of Labour and Productivity where he was initially smuggled into and second from the PCC,' the union regretted.

According to the workers, the illegal appointment of Nwafia by a commission, empowered Ombudsman is supposed to redress injustice in the society is an ample indication that the PCC has lost its bearing.