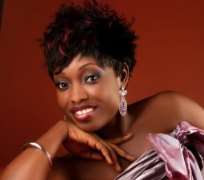 The passing out of the Kokoroko crooner, popularly called Kefee, forced the pilot to make an emergency landing.

The plane was said to have landed in Los Angeles for Obakeri-Esosa to be treated.

She is reported to be pregnant.
However, reports monitored online did not state where the flight emanated from.