Sudan: More Than Half A Million Call To Free Pregnant Woman Sentenced To Death 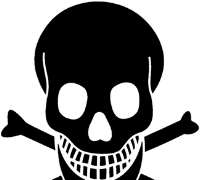 Lawyers have confirmed to Amnesty International that an appeal has been lodged against the conviction of a pregnant Sudanese Christian woman, who has been sentenced to death for her religious choice and to 100 lashes for 'adultery'.

Meriam Yehya Ibrahim has remained in prison with her 20-month-old son since she was sentenced to death for 'apostasy' and to 100 lashes for 'adultery' last Thursday. Her sentence has provoked statements of concern from Sudanese civil society, the United Nations, and governments around the world as well as an exceptional response from Amnesty International supporters, more than 620,000 of whom have joined the call for her release.

'The plight and the bravery of this young pregnant mother has clearly touched the world. More than 620,000 Amnesty International supporters have taken action to call for her immediate and unconditional release,' said Manar Idriss, Amnesty International's Sudan researcher.

'Since Meriam has been sentenced, we are deeply concerned at the conditions of her detention and use of cruel and inhuman forms of restraint. We have received worrying reports that she has been constantly shackled. The Sudanese authorities must guarantee Meriam's safety and release her immediately and unconditionally.'

According to information received by her lawyers, since her sentence Meriam, who is eight months pregnant, has been constantly chained by her feet, a practice commonly used on prisoners who have been sentenced to death. She has reportedly told her lawyers that the chains were heavy, making any movement painful.

Her lawyers filed an appeal at the Appeal Court of Bahri and Sharq Al Nil today. If the appeal is unsuccessful, they are planning to explore further avenues, and take the case to Sudan's Supreme Court and Constitutional Court.

'We welcome the fact that an appeal has been lodged, although Meriam should never have faced any charges or courts in the first place. Amnesty International will continue campaigning for Meriam. We remain hopeful that with enough international and local support this abhorrent conviction and sentence can be overturned,' said Manar Idriss.

To take action calling for Meriam to be released immediately visit: http://bit.ly/sud4n8m

Background
Meriam, who is eight months pregnant, was raised as an Orthodox Christian, her mother's religion. Her father, a Muslim, was reportedly absent during her childhood. She was arrested and charged with 'adultery' in August 2013 after a family member claimed that she was committing adultery because her marriage was invalid, as her South Sudanese husband is a Christian. The court added the charge of 'apostasy' in February 2014 when Meriam asserted that she was a Christian and not a Muslim.

Meriam was convicted of both charges on 11 May 2014 and given three days to recant her faith. When she refused, she was sentenced to death for 'apostasy' and 100 lashes for 'adultery'.