An Evening with the Guv’nor; Lancelot Oduwa Imasuen 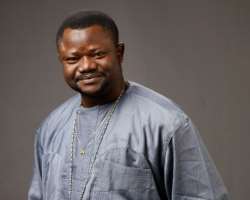 What is in a name? There is an old Yoruba adage that says 'A good name is better than money'. I'm very tempted to agree … tempted because we all need the money! Lol… Lancelot Oduwa Imasuen… the name evokes flashes of Nollywood movies… Issakaba, August meeting, Critical Decision, Games Men Play, Games women Play, Behind Closed Doors, Reloaded and a host of others…

A director of high regard and repute, shooting in the do-it-yourself-guerilla-style that is quintessentially Nollywood, Lancelot has had a love affair with the moving pictures long before Nollywood became the new cool! His penchant for creating drama, and knack for reaching in and bringing out award winning performances from actors such as Stephanie Okereke (Emotional Crack, Private Sin, Reloaded) Genevieve Nnaji and Richard Mofe-Damijo (Critical Decision) Lance (as he is fondly called by colleagues) is the Actor's Director. Bola Aduwo of nollywoodgists.com was able to catch up with the very busy man and had quite a revealing chat. Here it goes;

B: Hi Lance. How are you doing?

B: Just fine.. you seem to have taken a break from directing in Nollywood these days…

B: Well, I haven't been seeing your name on a lot of movies lately.. why is that?

L.I: Well, I wouldn't say I have taken a break…I'm still in the industry but lets just say I've been making more appearances internationally.

L.I: Yes, it is necessary to restrategize as you grow in your career. I've also been promoting my films, shot in my native Bini language and generally trying to grow that industry.

B: Interesting… have people been shooting films in Bini dialect before?

L.I: Oh yes… I'm not the first but I feel I should lend my help and support to the growing industry. I have done so by producing and directing a film called Ebuwa.

B: That's good… and what has the response been like?

L.I: Wonderful! So far we have premiered Ebuwa in Benin City, Abuja, London, Canada, Boston, Atlanta and New York. The response has been fantastic. We have only just released it on vcd 2 years after production.

B: Tell us about your new movie, “Home in Exile”. Is it in English or Bini Language?

L.I: It is in English but is set in the city of Benin. There is lots of use of traditional Bini culture but it is also contemporary. It stars Desmond Elliot, Justus Esiri, Chiwetalu Agu, Uche Jombo and introduces a new actress Beverly Naya.

L.I: (Laughter) Oh my goodness! You really have been following my career! Yes, 'Year 2000' was my very first directorial attempt. I actually just received some money to shoot the film so I hired someone to produce (Theodore Ayanji) so I could concentrate on just directing.

B: So how many films have you directed?

L.I: I can't count…but it should be well over 200. Infact I'll say my film career can be categorized in three phases. The first phase is what I like to call the period of 'I fit try o!' (laughter) Those were the days of youthful exuberance and experimenting. I remember with nostalgia the films I directed then like 'Year 2000' and 'Yesterday'. 'Yesterday' is what I would call my breakthrough film. It starred Liz Benson and was on female genital mutilation.

B: I notice a trend there.. there seemed to be a troika of you, Emem Isong and Remmy Jes producing movies together….

L.I: Yes actually. From 2003 to about 2007 Emem, Remmy Jes and I worked together as a winning team. Emem wrote and produced, I directed and Remmy Jes bank rolled and marketed them.

B: So what happened? why did the music stop?

L.I: (Smiles) Well, I guess we all grew individually. Emem later went on to become a marketer herself and I decided to produce and promote films in my Bini language. As human beings, we evolve.

B: So is that the 3rd phase of your career?

L.I: You could say that. So far I have produced and directed three films Ebuwa, Home in Exile, and Im about to release another one soon called 'The Hunting'.

L.I: My sojourn abroad has been mindblowing… that's the best word I can use for it. It is good to step out once in a while to see what is really happening and how we are perceived abroad. I have had a great time. I have been on a set where Samuel L. Jackson was acting. I have met Danny Glover who showed a lot of interest in working on a project in Nigeria in the near future.

B: Wow! That's really great…you were recently made the main subject of a documentary called 'Nollywood Babylon' by Ben Adelman and Samir Mallal. Can you tell us about that?

L.I: I was coming to that… Nollywood Babylon is a documentary shot by Canadian film makers Ben Adelman and Samir Mallal "> that has been screened in over 20 film festivals including the Sundance Film Festival to rave reviews. It has also got me invited to places like CNN and BBC Studios in the UK.

B: No kidding? That is major! Tell about how that happened?

L.I: I was invited by CNN to their studio in Atlanta to be interviewed for the programme 'The Screening Room'. I sat in the chair Spike Lee just vacated and had an extensive chat with them. Then I was in The UK recently and while I was having lunch a man passed by me and did a double take. He asked if I was Lancelot and when I was, he shouted and said he is a producer with the BBC who had just seen the documentary 'Nollywood Babylon'. He insisted I must appear on his show.

B: I am listening…

L.I: So the very next day a car was sent to pick me up where I was chauffeur-driven to BBC studios at Bush House…. I was also a guest at the White House during Black History Month in 2008 based on this same Nolywood.

B: Woow! Stuff dreams are made of. No wonder we haven't seen your brake light locally! (General laughter)

B: Lets talk about your directing style… you are said to be a very hard task master when you are directing! Infact some major actors quake when they hear you are going to be directing… (general laughter)

L.I: I want to ask one question. Have some films I have directed been getting positive results?

B: I guess… for all the accolades you have been getting.

L.I: So I guess I must be doing something right. Let me tell you a little story. Sometime back Kanayo O. Kanayo won the AMAA Award for Best Actor (2006) and during his acceptance speech he said he can not take all the credit but must give some to me for directing him and if the way I pushed him could get him this award then I should continue pushing him more! (general laughter) he then went a step further by crediting my bank account with a percent of his N1 million naira winnings!

B: Wow… Tell me about your new project Home in Exile. When are we seeing it?

L.I: Well, the Lagos premiere held on Thursday, 18th March 2010 at Genesis Cinema, The Palms, Lekki and it will continue showing nationwide at SilverBird Galleria in Lagos (V.I & Yaba) Port Harcourt & Abuja as from the 19th.

B: Well, it's been great talking to you. I wish you the best.