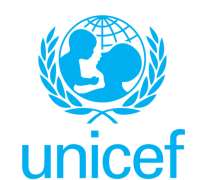 Nigeria currently has the highest number of kids in the world without education, as the United Nations Children's Fund puts the figure to 10 million.

'In many states, girls are twice as likely to be out of school as boys. In some parts of Nigeria, only five per cent of the poorest young women are literate. Given these challenges, it is disturbing that the girls were abducted to prevent them from attending school, UNICEF said in a recent statement condemning the abduction.

UNICEF, in its statement, said recent kidnappings and violent attacks had made it difficult for children in northern Nigeria to get education, as thousands of families are fleeing their homes and pulling their children out of school.

In the last three months alone, the United Nation's organisation reported that at least 15,000 children in northern Nigeria had stopped attending classes.

The organisation's programmes in Nigeria focus on the problems of violence and abuse against children in schools and work to address the issues of girls' education and out-of-school children. The UNICEF-supported Girls' Education Project aims to give 1 million girls access to better quality education in northern Nigeria-through increased enrolment, scholarships for female teachers and the establishment of safe spaces for girls.