Gordons Explains Why He Dumped The Church, Blasts Critics 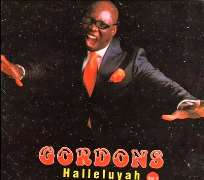 Many entertainers in Nigeria, especially those in the music industry, started their careers in the church before gaining fame. And after becoming celebrities, they stopped being the 'church' person.

For popular comedian, Gordons, he started from the church, but now has delved into secular, which has raised lots of criticisms amongst those who knew him before now.

In a recent interview with National Mirror, the comedian stressed that some people really don't know much about his relationship with God. He noted that many believe he should just be a gospel comedian, which he refuses to be tagged as.

He also rhetorically asked if Christians working at breweries should resign their employments. 'Will you tell him to leave his job?' he asked, saying, 'he is working for his salary.'
'Gone are the days when people think that as a church boy you should not do anything secular but the church would only tell you God bless you, and you will remain broke with all the talent God has endowed you with.'

He also said that as a matter of fact, the money of the kingdom is not in the church, but in the world. Gordons added that those who think he is back-sliding are only expressing their opinions as he has a family to cater for.

The comedian stated that he has been a church boy all his life and that God has now decided to compensate him. According to him, he is just like a pastor who is into oil and gas. 'You have to work; you can't depend on offerings and tithes alone. You have to do something,' he said.

He stressed that he engages more in church shows than secular, declaring that nobody has the right to judge him because they have their own skeletons.