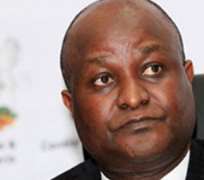 The Central Bank of Nigeria on Monday stated the rising cases of financial crimes in the West African sub-region is becoming worrisome.

The Acting Governor of the Central Bank of Nigeria,   Dr. Sarah Alade disclosed this in Abuja while speaking at the opening session of the Regional course on Combating Money Laundering and Other Financial Crimes organised by the West African Institute for financial and Economic Management.

'A concentration of economic power by organised crime spells doom and could all too easily infect the political terrain of any nation.

'This portends greater risk for the rule of law and burgeoning democracy in the sub-region.

'Bank facilities are used knowingly and unknowingly to further the act of money laundering and, in most cases, to retain the proceeds of such crime.

'Over 80 per cent of the proceeds of money laundering are associated with banks, one way or the other, all over the world,' Alade said.

She listed some of the financial and economic crimes, as money laundering which is closely related to illicit trafficking in narcotics and human beings, corruption, terrorism, prostitution, illegal mining and other nefarious activities; foreign exchange malpractices, bank and tax fraud.

The Acting Governor lamented that despite international efforts to mitigate the menace of money laundering, including the establishment of the Financial Action Task Force, theses acts are still prevalent.