US, China, UK and France to assist in rescue of abducted girls 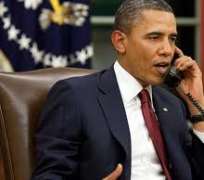 China, France and United Kingdom are the latest countries to offer to help the Nigerian government search out and bring back the abducted girls from the Government Secondary, Chibok, in Borno State.

The United States President Obama had earlier on Tuesday offered to provide all possible help to assist in the rescue of abducted girls.

The Chinese government on Wednesday said it would assist Nigeria in the fight against terror and especially in efforts to rescue the abducted school girls in Chibok, Borno. France on its part, gave her commitment through the French Foreign Minister, Laurent Fabius.

President Goodluck Jonathan made the disclosure at a joint press conference he addressed with the Premier of China, Li Keqiang, at the State House, Abuja.

Fabius said on Wednesday that the French President had instructed that intelligence services be put at the disposal of Nigeria and neighbouring countries.

He stated that a specialised unit, with all the means France had in the region, was at the disposal of Nigeria to help find and recover the young girls.

No specific number of agents that  would be dispatched was  given.

Mr Fabius said that in the face of such ignominy, France must react and that the crime could not be left unpunished.

Similarly, President Goodluck Jonathan on Wednesday requested and received a commitment from Britain to deploy its intelligence gathering resources in support of Nigeria's security agencies currently engaged in the search and rescue operation.

Jonathan who spoke with the British Prime Minister, Mr. David Cameron on the phone asked for and received a promise of the deployment of British Satellite Imaging Capabilities and other advanced tracking technologies in support of the ongoing effort.

The president, who acknowledged the concern shown by Mr.Cameron and the British people in general, thanked the PM for their solidarity as well as their willingness to provide concrete assistance to save the girls from the terrorists who seized them from their school.

He also told the Prime Minister that the Ministry of Foreign Affairs would liaise with the British Government through its High Commission in Nigeria to work out practical details of the promised support and collaboration against terrorism.

Brazil it was also learnt also offered to help in the search for the girls, whose kidnap has galvanised world's attention on the growing terrorist activities in Nigeria.

Nigeria had made several efforts to quell the increasing insurgency in the north east, including the deployment of military personnel to the region and a state of emergency declared in three states, but the military appeared not to have adequately contained the attacks.

The adoption of the girls had triggered series of protests in some states in Nigeria and in some other countries, with protesters demanding that world leaders should take drastic actions to rescue the girls who were abducted on April 14 the same day a bomb blast in Nyanya Motor park in Abuja killed at least 75 persons and left scores injured. The twitter hash-tag, '#BringBackOurGirls', put together to push the rescue of the girls, is trending globally, with prominent world leaders lending their voice and support to the demand for their freedom.

Keqiang arrived in Abuja on Tuesday on an official visit and to attend the World Economic Forum on Africa, being hosted by the Nigerian government.

Jonathan and Keqiang, as well as top government officials from both countries had a closed door bilateral meeting at the Presidential Villa, during which several agreements and Memoranda of Understanding were signed.

Addressing journalists after the bilateral meeting, President Jonathan said they examined issues of common interest to both countries.

'The Premier expressed firm support in efforts at safeguarding our sovereignty and securing our territorial integrity, as well as promoting economic development

'The Premier also promised that China will assist Nigeria in the fight against terror, especially our commitment and efforts to rescue the girls that were taken away from a secondary school in Chibok, Borno State.'

He noted that they also agreed that the 10th anniversary of the establishment of the strategic partnership between the two countries coming up in 2015 should be marked to further deepen relations.

The President said that he reiterated Nigeria's commitment to the One-China policy while the Premier expressed firm support for efforts to promote economic development.

'We agreed to encourage our bastions and companies to further deepen cooperation in infrastructure development, especially the railways, power plants and airports.

'We also agreed that the economic cooperation zones established by Chinese enterprises in Nigeria have achieved tangible progress and that those enterprises should be encouraged to invest in various fields of the Nigerian economy.

'We further expressed support for the financial institutions of the two countries for cooperation in lending to Small and Medium Scale Enterprises (SMEs) in Nigeria.'

Jonathan said they also agreed that the central banks of the two countries should promote local currency settlements to facilitate bilateral trade and investment, noting that 'at the end of our discussions, our ministers signed a number of bilateral cooperation agreements and MoUs.

Among the MoUs, he noted, was the Bilateral Air Services Agreement, which would definitely promote greater people to people contact and enhance bilateral trade and commerce.

The Premier said that 'Nigeria is one of China's trading partners in Africa and in 2013 trade between both countries reached about 30.6 billion dollars (N4.9 trillion). I wish to emphasise that we know that the government and people of Nigeria pay high attention to the coastal rail project in Nigeria.

'The project is quite significant to the national security and economic development of the country. Chinese companies have already shown key interest in this project and the Chinese government will support cooperations between the two sides in terms of financing and experts.

'We want to work with Nigeria to the conclusion of the project so that it will bring benefits to the people of Nigeria.'

Keqiang said he was happy to see very rapid economic growth in Nigeria, adding that 'Nigeria has become the largest economy in Africa. Moreover, the Nigerian economy has sustained the upward momentum.'

He expressed the hope to see not just more trade between both countries, but also stronger cooperation in the development of agriculture in Nigeria.