Why I Am Working Against Child Abuse Via A TV Programme, ‘Psychologist’--Tricia Esiegbe 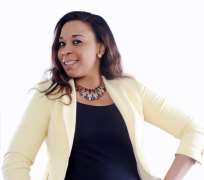 Tricia Esiegbe may not have been very active in the movie industry like she used to, but she is surely a very busy woman, who has a lot in her hands. Her popular television show, 'Bold Faces,' has impacted a lot of Nigerians. Tricia is well known and respected in the football world in Nigeria because of the lives she has positively changed through her influence in getting football clubs in Europe for Nigerian players. Some days ago, the beautiful wife of Kerry Kingsley had an interview with selected journalists. Osaremen Ehi James was there for Nollywoodgists.com, and the woman talked about her newest programme called 'Psychologist', aimed at helping victims of sexual abuse.

What is the latest thing you are doing

I am coming out with a new project called 'Psychologist.'

Tell us more about the project

'Psychologist' is a public awareness campaign programme aimed at educating, enlightening parents and children on the brighter side to watch out for and also on ways to protect our vulnerable children from these predators called pedophiles, who have actually invaded Africa. We are starting the campaign from Nigeria. I am using Nigeria as a case study because I did a research, moving around seven states and I realized that child abuse has been swept under the carpet. People are not talking about it, you know, probably they are afraid of stigmatization.

Now, 'Psychologist' is divided into two parts; one, as a programme and two, psychologist on the move.

Let me start with 'Psychologist' as a television show; it has been produced, identified and done as a 30mins television show, where sexually harassed victims come to share their experiences and we give them different forms of supports.

For example, if you have been harassed, when you were a child, it could still have an impact on you even at the age of 18-40 years. We see a lot of lesbians out there and sometimes we say, 'this girl is so pretty, ah, why is she a lesbian, oh my God, what is she gaining from being a lesbian?' But you can't really blame them because some of them have really gone through a lot and have been sexually harassed, when they were young and now they hate men. Some of the side effects of sexual harassment are promiscuity, lack of appetite, loss of self esteem and so on.

We looked around and realized that pedophiles are real in our society. They actually exist within our community here in Nigeria and in Africa as a whole.

I have been in England, working with an organization and I noticed that the most the important thing to the government, especially in England, is the children. They don't joke with anything that has to do with children, especially when children are abused. So, I decided to do more study on how these pedophiles operate and the impact it has on the children.

This organization is the voice behind us and I have noticed the way they have tried to eradicate pedophiles. But it is not something you can eradicate easily, it's a gradual process. They are taking it more seriously in England because victims are speaking out. But here in Nigeria, we are not speaking out, even parents are hiding the people it has happened to, they just sweep it under the carpet; they don't want them to be stigmatized. Meanwhile, the effect it has on them is so much.

Pedophiles could be within you; your family, brother, uncle, father, step-father, driver, maid, gardener, even a teacher, a pastor, reverend, they are just everywhere in Nigeria. That is the aspect we are looking at in the TV programme, creating a platform for them to come to tell their stories and we help them get back their self-esteem. We would also help them in working with the Nigerian Police, who will help them get justice. We would also try to fight it and report to the authorities to get justice for them.

For 'Psychologist' on the move, that's the one that involves bringing in people because I did Sociology and this is the time for me to come out and show my expertise. I have not actually used it before now because I have been acting and doing entertainment, but I am just bringing that out now. Most of the people I went to school with are in England now. I have some sociologists and I have some other foreign psychologists. We are going to be bringing them down to Nigeria. We have them in England, and Canada, and an organization is supporting us as well; it's called 'Speak Out.' We are going to be moving from state to state, from schools to schools, to teach parents and children the vital signs to watch out for and ways to protect children from pedophiles. So that's what we are going to be doing.

The celebrities are going to wear T-shirts with us and then we have some children as well and then some of the victims, who have been sexually harassed, we will have our banners on open trucks with music blasting from the speakers and walk around Edo State and campaign.

Recently, I had a meeting with Edo State Governor, Comrade Adams Oshiomhole because I am from the state and he is quite interested in the idea because it is something that is disturbing everybody. Before I left to go and see him, we shot 50 true live reality episodes in Lagos, and while we were shooting, I was just shedding tears because I couldn't believe that this kind of thing is really happening; some of them have come out to speak, while some of them would want another person to narrate for them or appear on their behalf because they are shy and they don't want to show their faces. So, we have unknown actors, who will now dramatize and narrate their stories.

In the process of doing that, I realized that a lot of stories that were treated weighed me down because people are just wicked. So these are the things we are trying to fight.

Why the name 'Psychologist' It just came. Psyche these people, their brains and get Psychologists to psyche out the victims to speak out. That was how the name came up. Also, I needed something that would catch the attention of people. What is the modality for the show

The programme aspect of the show would be shown in stations across Nigeria and Europe. We are doing the promotions for now and the programme is not starting until we are done with shooting the episodes. The campaign would be done in Nigeria, except in the north.

What is the drive behind this project

I got the drive to do this from an experience. Where I used to live in Surulere, Lagos before I got married, there was a girl in the next house, who was brought by her elder sister with home shores and baby. The girl was about seven years old then. This girl was molested by a man in the building, who later ran away, but the girl's elder sister didn't want to press charges against the man. I was just left with no option than to keep quiet since the main person involved in the matter didn't want to press charges against the man because of stigmatization.

What about funding the project

Like you know, funding this kind of a project is capital intensive, but because it is one's passion, you want to go extra mile to make it work. Shooting the episodes is difficult because you get equipment and pay those that would dramatise the story, where a victim refuses to come out to speak on camera. We spend a lot of money in movements around the globe to get it done. But we are trying to get support from the government soon. We also hope corporate organizations would key into this.

Is there any mechanism in place to verify the claims by the victims Of course, that is why the Nigerian Police are working with us to investigate the claims. The truth is that most of the accused have not denied doing the allegations. Some of them attribute it to the devil.

How long do you intend to do this programme

It is a long-term project. It is for as long as the Nigerian government wants us to operate, but it is endless. I was informed that the Nigerian First Lady, Dame Patience Jonathan spoke against child abuse in France. Everybody is interested in this cause.

Why do you think men rape children

I think it is just madness. Some of them is psychological. I used to think it was for ritual purposes, but I can now see that it is a psychological thing. Their brains need to be checked maybe after they might have served out their jail terms.

Are you into this alone

Which of These Nollywood Actresses Cries The Most?