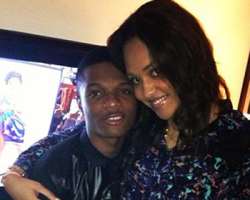 News making the rounds suggests that Ayo Balogun, popularly known as Wizkid, may have ended his romantic relationship with his girlfriend, Tania Omotayo.

From the bits and pieces picked from recent happenings between the two, Wizkid may have decided to move on with his life. “Sometimes love is just not enough…Movin on,” the singer tweeted a moment ago.

This was after Tania had gone to her Instagram to write, “Just because you love someone so much does not mean they are the right one for you.”

Sequel to that, Wizkid himself gave the clearest indication of a break up when he posted a photo on his Instagram page in which he chose 'in the studio' over 'in a relationship'. Not done with that, he uploaded the picture of a little kid with the caption, “The face you make when you first slide in”.

The question on the lips of many is if that is now the end of the road for the lovebirds.