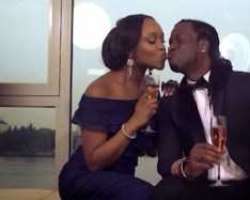 The traditional wedding of Paul Okoye and his fiancée, Anita Isama, which holds in Port Harcourt, Rivers State, on Saturday, March 22, 2014, has really been having lots of preparations going on for the big day. The would-be couple and their family members have already started the distribution of elegantly designed invitation cards to guests.

The lovebirds have released their pre-wedding photographs and they are no doubt looking very stunning. Also, Paul wrote a on his Instagram page message saying, "I've decided, I've made up my mind. I have decided. It's about time for one to settle down.”