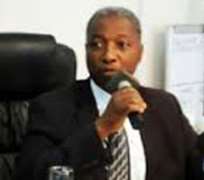 
The Department of Petroleum Resources (DPR) has explained its perceived inability to permanently seal off every filling station involved in sharp practices in the dispensing of petroleum products to their customers.

The regulatory subsidiary of the Nigerian National Petroleum Corporation (NNPC) said despite having enough evidence that numerous filling stations often cheat unsuspecting customers through illegal adjustments of their pumping machines, the agency has refrained from shutting down defaulting fuel outlets permanently or for long periods in the interest of Nigerians.

According to the Warri Zonal Operations Manager of the DPR, Mr. Olumide Adeleke, the NNPC has been able to avert fuel scarcity in the country by maintaining adequate and steady supply of petroleum products over a long period and desired to sustain it.

The decision not to embark on an all-out war against the unscrupulous marketers was advised by the corporation's determination to avert scarcity of the products and the attendant hardship on Nigerians, he said.

Although, the DPR uncovered various tricks adopted by numerous products marketers in Edo and Delta States to shortchange innocent customers, especially while carrying out routine operations during the last Yuletide/New Year season, the regulatory body resorted only to brief seal-offs, reprimand and compelling marketers to effect necessary correction on their dispensing machines.

Adeleke, who made these clarifications while fielding questions from newsmen in Warri recently, however assured that the DPR would continue to ensure that marketers abide by the rules and regulations binding their activities.

In a two-day operation during the period, the DPR sealed over 30 pumping machines and filling stations in Edo and Delta states, mainly for tampering with the dispensing machines for premium motor spirit (PMS) or petrol as well as a few others for diesel and kerosene, he disclosed.

A DPR team embarked on surprise visits to filling stations including Asaba, Warri/Effurun, Ekpan, Orhuwhorun and Ndu in Delta State as well as parts of Benin-City, the Edo State capital and was startled at the level of involvement of marketers in the profiteering business.

Other stations visited were on Sapele Road and Ekenhuan Road in Benin-city as well as several others on the Benin-Asaba-Onitsha Expressway in Asaba, with only about five found not to be shortchanging their customers through false dispensing.

The regulatory body would continue clamping down on stations in its area of jurisdiction selling adulterated products, especially petrol, kerosene (DPK) and diesel (AGO), the zonal operations manager further said, while soliciting the cooperation of all stakeholders. Thisday