Vidic says he will leave Manchester United at end of season 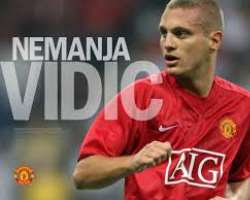 
Nemanja Vidic said he will leave Manchester United when his contract with the English soccer champion ends after this season.

The Serbian defender joined United from Spartak Moscow at the end of 2005 and captained the team to a record-extending 20th league title last year. He won 15 trophies, including the European Champions League in 2008 and five Premier League titles, during his time with United.

'I'm not considering staying in England,' the 32-year-old defender said in a statement on United's website last night. 'I want to challenge myself again.'