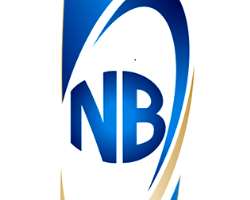 
…claims are unfounded says NB Plc
Nigeria Breweries Plc has reportedly budgeted a whooping sum of N500m to halt the sales of a beer product from a rival brewery by distributing incentives to proprietors of retail shops in the Southeast not sell the competitor's product.

According to an insider source in the company, NB Plc allocated the said amount to take care of an alleged 12 cartons of Star Lager beer distributed monthly to retailers who abided by their agreement not to sell Hero lager beer, as Hero has been widely patronized in the Southeast region since its debut into the Nigerian market in August 2013 when President Goodluck Jonathan commissioned the company's first 'Greenfield' brewery located in Onitsha, Anambra state.

A retailer in Amobia, Anambra state who spoke with THE CITIZEN revealed that 'NB Plc sales representatives visit us regularly to monitor if we are selling Hero beer  or not and at the end of the month, they give us 12 cartons of Star as compensation and loyalty. So when customers come to ask for Hero beer, we keep telling them that we are yet to get supplies from their distributors'.

Another retailer in Emekuku in Imo State said that 'the sales team from NB Plc told us precisely what they want and how they will compensate us if we stopped selling Hero beer. Well we have to do what they want and get our free 12 cartons of beer”.

When he was asked by our correspondent if they actually did as requested by NB Plc, the retailer disclosed that they would sell any brand of beer requested by customers 'as long as NB Plc teams are not around'.

THE CITIZEN investigations in other cities in the Southeastsuch as Aba, Port Harcourt and Enugu also uncovered a general consensus among beer retailers that they received 12 free cartons of Star beer each month if they told NB Plc they declined sales of Hero beer.

It was gathered that since the launch of Hero beer, a brand produced by the South African based SABMiller Group, Nigeria Breweries Plc has been uncomfortable as the Hero beer, christened 'Oh Mpa' by passionate consumers, has ferociously displaced Star and Harp brands in the Southeastern states.

From information available to THE CITIZEN, the most affected is the Star brand, as its sales rate is dwindling because of the increasing patronage enjoyed by Hero beer.

Therefore, to ensure that the tide is turned in its favour, NB PLC strategized to entice its consumers to return to Star beer as a decline in sales of the brand will have the strong effect on the market power of the company and it’s bottom line.

Analysts said such move by NB Plc was unethical and wondered why the company would want to limit competition in the industry and connive with retailers to deny consumers of their choice brand.


Industry watchers however stated that this underscores other efforts by NB Plc to allegedly hoodwink consumers and regulatory officials in the country.


They alleged that NB Plc had exploited the expatriate visaquota system that allowed the company to bring in certain workers from overseas for certain positions in the company.


The Expatriate Quota scheme is designed by Government to prevent the indiscriminate employment of expatriates where there are qualified and suitable Nigerians to fill those positions.


However, it was gathered that the present marketing director, Walter Drenth, was allowed to work in the country under the quota scheme as a Technical Engineer, but he was eventually moved up to his current position; whereas the position of a Marketing Director was captured in the local content policy by the Federal government.

Checks at the Nigeria Immigration Service (NIS) revealed that NB Plc would not have been issued an expatriate quota visa for a foreign Marketing Director for NB Plc as the Federal Government stipulated in its regulations in the Nigerian Content Act that Nigerians must first be given the opportunity to take up jobs before advertising such positions to expatriates and that it is only when Nigerians fail to apply or qualify, that such positions should go to foreigners.

However, some staff of NB Plc who craved anonymity revealed to THE CITIZEN that 'unlike in the past where positions were advertised, these days, some foreigners just resume in their departments without other staff having privy to the recruitment process. The management calls it Strategic Hire'.

Moreover, the agitated workers who spoke to our correspondent stated that their grouse with NB Plc was not limited to its recruitment strategy. They expressed worry over a policy shift on retirement benefits that was recently circulated via an internal memo to all staff. The reviewed policy forbids a volunteer retiree  (who has either worked up to 20 years or has attained 50 years of age) from being gainfully employed until after two years of leaving NB and he would sign a bond to this effect for him to have access to a one-off settlement or gratuity and monthly pension on voluntary retirement.

The workers alleged that the Staff Union which was supposed to champion the cause for an improved welfare of the staff is impaired by the infiltration of some management-sponsored loyalists. 'So the union has lost its bite', they lamented.

When contacted, the Corporate Media and Brand PR Manager of NB Plc, Edem Vindah, told THE CITIZEN that the issues raised 'are not only false but misleading'.

Vindah stated in a written correspondent with our reporter  that NB Plc would not give out incentives to retailers to halt sales of rival products as ' Nigerian Breweries is a socially responsible corporate organization'.

'As the pioneer and leader in our industry, we believe in winning by competing fairly. We welcome competition because it contributes to deepening market value for our consumers. Our long lasting market leadership over the years has been based on consistent innovation to delight consumers with superior brands and programs across multiple categories', he added.

He further stated that 'we are also proud that many of our Nigerian managers are currently in positions of high responsibility across the globe as part of direct exchange arrangements within the Heineken business just as other nationals are posted to Nigeria.'

Vindah further stated NB Plc was committed to providing the best working environment for its current and retiring staff because 'Nigerian Breweries Plc operates one of the best pension policies in the country and there has not been any change in the company’s retirement policy.'

'We are also not planning any amendments to the company’s retirement policy in the near future', he concluded.