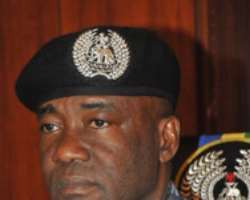 
The  Inspector-General of Police, Mohammed Abubakar, has ordered an immediate takeover of investigation into the torture of two women in a market in Ejigbo, Lagos State, by a crack team of detectives from the Force Criminal Investigation Department.

He directed the team to take over the  suspects  and all exhibits related to the matter from the Lagos State Police Command.

The women were said to have been thoroughly beaten and their private parts daubed with ground pepper  for allegedly stealing pepper at the Ejigbo market.

The gory incident was uploaded on the Internet, drawing public outrage and condemnation.

One of the victims is reported to have died.
About nine suspects were said to have been arrested in connection with the crime.

A Non-Governmental Organisation, Women Arise for Change, led by Dr. Joe Okei-Odumakin, led the members on a protest to the Lagos State House of Assembly.

A statement by the Force Public Relations Officer, Frank Mba, in Abuja on Tuesday said the IG assured all Nigerians especially the family of the victims and other relevant stakeholders that the police would ensure that justice was done in the case.

Abubakar called on Nigerians to partner with the Nigeria Police particularly in the area of providing relevant information,and promised to respect the confidentiality of all informants and whistleblowers at all times.

The IG commended the media, members of the human rights community led by Okei-Odumakin and all members of the public 'whose patriotism, advocacy and concern led to the exposure of this atrocious crime.'

' Their constructive partnership with the police has had a salutary effect on the ongoing investigation so far,' the statement added. Punch