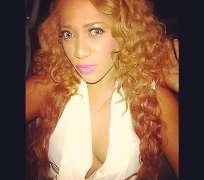 Nigerians are largely fashion victims. We indigenise the fashion blunders of half-naked Hollywood celebrities. Our uncritical adoration of everything Euro-American has made us bad emulators. We fondly ape the good, the bad and the despicable.

Recently, the video of a certain young female pastor dressed in a very suggestive manner went viral on the internet. Though it is not an isolated case, it was considered bizarre and triggered open censure, perhaps because, she was preaching to a mass audience via electronic platforms. Also, and more important, her calling presents her as a model of nobility, preserver of positive conservative values and moulder of impressionable minds. So, her flowing with the tide enraged many.

Many young Nigerians flaunt their bodies in attention-seeking outfits, which scream: Look at me; I am a godlike symbol of sex. Even many professionals dress to workplaces like club-persons with the manners of Essex girls. Some years back, some “harassed” lawmakers decried the trend. But it has not abated.

Traditionally, people dress to cover their nakedness, protect themselves from inclement weather conditions. In addition, they dress to gracefully enhance their beauty and highlight class distinction or moral pedigree. But we live in a changed and changing society. Dressing is now an art and act of foreplay. Vulgarity is celebrated as beauty. We dress mainly to glamorise indecency and stimulate sexual desire.

For obvious reasons, thinking people are not favourably disposed to dos and don'ts. Fashion watchdogs are avoided almost everywhere. They are seen as anti-modern. However, in certain circles, people are required to adhere to dress codes. Amazingly, they hardly feel inhibited.

Modernity aspires to make man free. Free in an absolute sense. It extricates man from shackles that hinder self-actualisation. But absolute freedom is a theoretical ideal. In practical terms, it's not. Freedom without responsibility is a vague concept, its desirability is questionable.

Thankfully, modernity is not adverse to modesty. Some liberal designers want us to see moderation in all things as a timeworn virtue. What a lie. Modesty's desirability is timeless. Hence, we must denounce efforts to vulgarise fashion and present people as sex objects.

We live in a sex-charged age. Whatever enhances the sexiness of people sells, like magic. So, the fashion industry sexualises clothing. Sadly, it is done in non-discriminatory ways. Even children are affected.

Increasingly, workplaces are sexualised. Bedroom dress influences boardroom politics. Some ladies think that to break glass ceilings and speedily reach the peak of their careers; they have to enhance their Cleopatra's charms. Corporate heads with roving eyes encourage them. This creates an atmosphere hospitable to sexual harassment. This eventually fosters low morale, undisciplined workforce, declined productivity and the strangulation of such organisations. Sexualised clothing seems to have mild “psychotropic” quality. What you wear influences your state of mind. Wearing a sport outfit is likely to cause energy upsurge and put you in the mood for workout. Similarly, what you wear may influence the mood of others.

The above raises a moral question. Particularly, when considered in the light of what we wear says a lot about us, reflects our attitudes, desires, viewpoints, lifestyles and identities. When we wear sexually explicit outfits, aren't we compromising our moral right to complain about sexually bitchy attitudes exhibited towards us? No. I am not rationalising the obscenities of sexual predators. Rather the poser seeks to probe, if sexualised clothing could possibly make us lambs to wolves.

Let's face it. Exposing your body can't make you queen of hearts. It may bring cheap acclaims. Don't copy superstars who habitually do the ridiculous to stop their slide to oblivion. They dramatically reveal what should be concealed. And thereafter, lamely complain that paparazzi are making their otherwise splendid lives hell on earth.

Create your unique self-image. You will lose your panache if you allow people to define you and twist your dress sense. Charismatic leaders don't evaluate their self-worth on society's scale of sexiness, comparing themselves to bikini models. DON'T. Or else, you may be preparing a breeding-ground of destructive self-deceptions. You are not primitive if you don't have a “passion for sexualised fashion.”

This is not a veiled attempt to push for the adoption of monastic dress code. Such could ignite widespread visual boredom and make life bland. Isn't variety the spice of life? The point is; poor dress sense can cause disgrace to your reputation and may impede your career goals and fulfilment. Recognising the fact that respect for others is a keystone of modernity, inspires wholesomeness and wellbeing in a sexualised society. Self-respecting individuals show respect for others by dressing properly. Consideration for others is the root of civility. Hence, we euphemistically say a person is a brute by saying she is inconsiderate.

Cultivating Cleopatra's allure could be sheer waste of resources and time. It's not an option for those who seek to develop the life of the mind and contribute to the wellbeing of humanity. Dressing for sexual motives should be limited to the privacy of our bedrooms. If not, we will inadvertently trigger anti-progressive forces to debase our society.