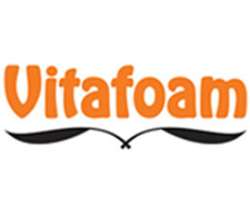 
Vitafoam Nigeria is expected to achieve the strongest growth in revenue and profit in four years with its 2013 operations. After a period of earnings slow down, the foam manufacturers, which is expected to release its result soon, is promising a new peak in sales revenue and a big leap in profit. Its profit for 2013 is expected to approach the 2008 peak after four years of stagnant performance.

Improving revenue has provided the new strength for profit growth for the company. Unlike in 2012 when it was unable to grow turnover, the company is expected to achieve the strongest growth in sales revenue in three years in 2013.

At the end of its third quarter operations in June 2013, the company posted a turnover of about N13 billion. This was an improvement of 16.4% over the corresponding sales revenue figure in the preceding year. Based on the third quarter growth rate, turnover is estimated at N18 billion for Vitafoam Nigeria for the 2013 financial year ended September.

A strong growth in profit is expected to accompany the improved revenue outlook of the company in its 2013 operations. It reported a profit after tax of N480 million at the end of the third quarter, which is an improvement of about 21% over the corresponding profit figure in 2012. Full year net profit is estimated at N670 million for Vitafoam Nigeria in 2013.

The estimated profit will amount to a growth of 34% over the net profit figure of about N500 million in 2012. This will be the first significant profit improvement for the company since 2009. Over the past four years, profit figures have remained well below the 2008 peak of N698 million, which was achieved out of a turnover of N8.17 billion. Since then, rising cost has weakened profit margin and hindered profit growth.

The improved profit performance expected from 2013 operations reflects more of accelerating revenue growth than a gain in profit margin. Net profit margin has only inched up from 3.6% in the third quarter of 2012 to 3.7% in 2013. There is also no reasonable improvement from the net profit margin of 3.5% in the 2012 full year. Profit margin is in no way coming close to the 8.5% record the company achieved in 2008.

Three major expenditure lines stand in the way of improvement in profit margin. These are cost of sales, distribution expenses and interest charges. Cost of sales grew slightly ahead of sales revenue in the third quarter at 17.1% compared with 16.4%. That caused a slower growth of 14.9% in gross profit. Gross profit margin therefore went down slightly to 31.0% at the end of the third quarter.

Distribution expenses also rose ahead of turnover at 20.2% during the period to claim an increased share of sales revenue. The same was the case with interest expenses, which rose by 23% to N433 million. Administrative expenses however moderated relative to revenue and a strong growth of about 24% in other income helped to improve the bottom line during the review period.

Other significant changes in the balance sheet during the review period include a decline of 15.8% in inventories, which seems to reflect the accelerating sales revenue during the year. Cash and bank balances came close to tripling at N1.08 billion and trade debtors and other receivables also grew by 68.2% to N2.02 billion. Trade creditors and other payables also rose by 21.5% to N3.57 billion.

The net effect of these changes on the cash flow was highly favourable. Net cash generated from operating activities expanded from N630 million to N1.22 billion during the period while net cash used in investing and financing activities declined. The result was a net increase of N411 million in cash flow against a net decrease of N667 million in the preceding year.

The company earned 59 kobo per share at the end of the third quarter, an increase from 49 kobo in the corresponding period in the preceding year. Earnings per share is estimated at 82 kobo for Vitafoam Nigeria for the 2013 operations.

The company is regular with dividend payment and paid 30 kobo per share for its 2012 operations out of its earnings per share of 61 kobo. Based on the last pay-out ratio, a minimum dividend of 40 kobo per share is expected from Vitafoam Nigeria for the 2013 operations.