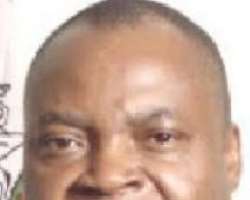 The Nigerian Federal Government has handed Dr. Christopher Anyanwu a suspension from the top seat at the Bureau of Public Enterprise [BPE]. The suspension which was handed to the BPE boss yesterday afternoon sought for the BPE boss to provide answers to questions arising from the sale of NITEL to New Generations Communications. The bidding process had been deemed as suspicious by close observers.

It can be recalled in our report on March 2, 2010 titled Fg To Sack Bpe Boss, Dr. Christopher Anyanwu, it was reported that the Federal Government will sack the BPE boss, and that the Boss may leave the top seat before he is asked to leave.

Dr. Anyanwu has been directed to hand over to the next most senior personnel at the BPE. And as yesterday, Ukpakareports.com gathered that he handed over to Mrs Bola O.

The sale of government/public assets which falls under the auspices of the Bureau of Public Enterprise [BPE] has been reported as wanting. With the emergence of the recent BPE boss, Dr. Christopher Anyanwu, a year ago, a fresh and renewed enthusiasm was anticipated - judging by Anyanwu's academic qualifications. He was the acting head of the Department of Public and Private Law at the University of Nigeria, Nsukka before going to head the BPE. He got his doctorate degree from University of Birmingham, United Kingdom in 2002. Between 2000 and 2003, he served as Legal Consultant/Adviser to the then Senate President, Chief Anyim Pius Anyim.

“I have come here as a greenhorn with a clean slate and a clean mind. I am an academic, lawyer, scholar and teacher who has been thrust here by fate to help achieve through the BPE the economic reform and privatization programme of the Federal Government,” Anyanwu said at his maiden meeting with directors and management staff of BPE.

The recent NITEL sale has however shade the BPE boss in what appears a different and an unpleasant slate and mind.