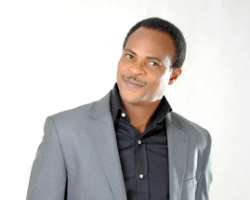 Nollywood film maker, Mr Fred Amata, has advised talented youths in Delta to be hard working, so as to reap the benefits of their talents.

Amata, who gave the advice in an interview with the News Agency of Nigeria (NAN) in Asaba, said it was not enough to just be talented without striving to be successful in life.

He said ``my advice to youths is that having talent is not enough, they have to work very hard to develop those talents.''

The actor added that Delta had produced lead actors and actresses in Nollywood, who championed the course of the industry.

He urged those who have the talent from the state to work hard to sustain the trend, noting that the movie industry had contributed to job creation in the country.

"What the Delta State Government is doing in the 'Talent Quest' programme through the Commissioner for Culture and Tourism, Mr Richard Mofe-Damijo, is commendable," he said.

Amata said the programme had helped in identifying and grooming talents from the state in the entertainment industry, saying the industry had a lot to offer in curtailing youth restiveness in the Niger Delta area.

"There are various segments in the film industry; it is not only acting, as directing, producing and script writing are also part of the job. I want to say that Nollywood is the second employer of labour, apart from government in Nigeria.''

The actor, who said he was planning to establish a film village in the state to enhance talent development, added that

"Delta is my home and I must come back someday to contribute my own quota to its development.''