FG should fund music industry to empower the youths 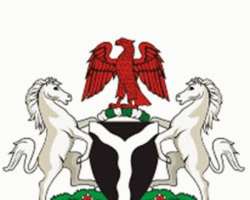 
A lawmaker in Anambra, Mr Tony Muonagor, has called on the federal government to fund the music industry to provide jobs for the teeming unemployed youths.

Muonagor, who represents Obosi in the state assembly, made the call in Awka on Tuesday when he announced a talents hunt initiative to empower no fewer than 62 youths in the state.

Addressing newsmen, the lawmaker known as Tony One-Week in the music industry, said it was his own way of paying back to the industry which gave him fame and fortune.

He said that the talent hunt was perfected to provide the launch pad for talented but indigent youths to compete for fame and fortune.

He said he embarked on the project to help youths talented in music, comedy and acting to discover their talents and to live their dream.

The lawmaker said he was passionate about the entertainment industry because he rose to fame through it.

He, however, lamented that the government had paid poor attention to the industry and called on states and the federal government to help revive the industry by funding it the same way it did to the film sector known as Nollywood.

“Today we are empowering talented youths from across Anambra State; it is part of a program aimed at showing the potentials in the state as well as putting food on their table.

'It is natural in them to succeed. Tony One Week is partnering 'Now Music', managers of Tu FaceIdibia and others, to give hope and future to people who are ready to apply themselves.

“While we are thanking the federal government for helping the Nollywood, we are also calling for assistance for the music industry so that practitioners can have a better working environment.' he said.

He advised contestants to accept and respect the judges' decisions while those who lose out should not give up on their dreams.