PEARL Awards To Hold In November 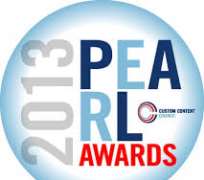 The Performance Earning and Returns Leadership (PEARL) awards have been scheduled to hold on Sunday, November 24, 2013 at Eko Hotel and Suites, Lagos.

The award, which is in its 18th edition is aimed at recognising and rewarding deserving companies quoted in the stock exchange for outstanding performance in the country's capital market.

Speaking on the awards, the President and Chief Executive of PEARL Awards Nigeria, Mr. Tayo Orekoya, said that the awards stand out as being based on detailed facts and figures in the country.

'It is based on verifiable indices and predicted on data sourced from financial reports of quoted companies presented at the Annual General Meeting as well as stock trading performance of the companies, documented in the weekly trading reports of the NSE for 52 weeks in the each year under reference.'The PEARL Awards is divided into three categories: Sectoral Leadership Awards, Market Excellence Awards and the most revered PEARL of the Nigerian Stock Market Award.

The PEARL Awards first held on  May 27, 1995 and its mission is to stimulate investors' confidence and patronage for companies that have been rewarded and which also leads to better operational performance.