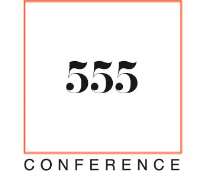 NEW YORK, October 3, 2013/African Press Organization (APO)/ -- Richard Saul Wurman, creator of the TED and the TEDMED conferences, has joined forces with Richard Attias, the founder of the New York Forum and the former producer of the World Economic Forum in Davos, to launch the 555 conference, the first global future-focused forum. The 555 Conference (http://www.555conference.com) will be held in 5 cities, starting Q4 2014, with a finale in New York City in 2015.   The theme: Finding the Future First™.

The premise is simple:

5 constructive predictions for the next 5 years

5 chosen cities located around the world occurring over 5 weeks

Wurman, who invented the field of Information Architecture, said: “555 will bring together extraordinary people from different disciplines to visualize the future patterns in their emerging fields. Together, these unique thinkers will deliver constructive predictions for the next 5 years in this meeting of minds that will provoke us all to change the way we observe the world. They shall also focus upon how the planet might prepare for and understand these predictions.”

Attias, the world's top community builder for the thinking elite, has pioneered initiatives and platforms that catalyze the global exchange of ideas, including as co-founder of the Clinton Global Initiative and the Nobel Laureates Conference.

He explained: “The future is being shaped every day in China, Japan, India, Australia, Turkey and countries in the Middle East and Africa. It is no longer the exclusive domain of Europe and the USA - we will capture the ideas and innovation on the ground. The DNA of the 555 conference is unique and I am convinced that Richard and I will build a GLOBAL GAME CHANGER.”

The international bidding to host a 555 summit has already opened, with announcements expected within four weeks (by end of October 2013). For more details, go to http://www.555conference.com

Distributed by the African Press Organization on behalf of Richard Attias & Associates.

Described by Fortune magazine as an "intellectual hedonist" with a "hummingbird mind," Richard Saul Wurman has had many lives: as an author; FAIA Architect, acclaimed cartographer (mapped 1/3 of the Mayan city of Tikal and current projects 19.20.21. and the Urban Observatory); teacher (Cambridge University, England; Princeton; Washington University, St. Louis; University of Southern California; University of California Los Angeles; City College of New York); urban designer (recipient of MIT's Kevin Lynch award in urban design); graphic designer (AIGA Gold Medal, membership in AGI and inducted into the Art Directors Hall of Fame); information theorist (Information Anxiety, Follow the Yellow Brick Road); in medicine (6 books and creator of TED 1984/2002 and TEDMED 1995/2010), and as a conference convener. Recently, he was the recipient of both the Smithsonian Cooper Hewitt Lifetime Achievement Award in Design as well as the Trinity College of Dublin Gold Medal.

The acknowledged father of Information Architecture, Wurman has written, designed and published 83 books on a range of topics, while creating conferences and new mapping projects. He began his career in conferences in 1972 when he chaired the International Design Conference in Aspen. He then co-chaired the first Federal Design Assembly in 1973 and the annual AIA Conference in 1976. With each of these he changed the fundamentals of how gatherings were run. All these helped his creative molding of TED, TEDMED, e.g. and the recent WWW Conference of intellectual jazz. Says acclaimed architect Frank Gehry, "The programs, conferences and books that he has developed have created an interactive dialogue between art/design and many of the disciplines in all fields on a wide range of all topics from technology, education, entertainment, medicine and science to name a few."

Richard Attias is a global influencer and the catalyst for bringing together thought leaders from around the world – private sector and government – to create communities that facilitate the global exchange of ideas in pursuit of real change. This talent for anticipating the most pressing issues of our time, creating global communities and inspiring innovation is based on his unique experience developing some of the most influential gatherings of global leaders in the last 20 years. These include the World Economic Forum in Davos, the Nobel Laureates Conference, the Clinton Global Initiative, the Arab League Summit in Jordan, the China Economic Summit, and the Asia-Pacific Economic Cooperation (APEC) Summit. In 2012, Attias launched the annual New York Forum AFRICA in Libreville, Gabon as well as the Doha Goals Forum in Doha, Qatar, and produced the annual meetings for the African Development Bank in Morocco in May 2013.

Prior to establishing his base in New York, Attias served as a special advisor in 2008 to the Emirate of Dubai to devise a comprehensive strategy to make the city a destination for major conferences, and cultural and sporting events. This came after nearly a decade at Publicis Groupe, ending as Chairman of PublicisLive. In 2009, he founded Richard Attias & Associates, a strategic communications firm that provides private consultancy, creates ideas initiatives, and serves as an advisory firm for governments and global executives.

He is also the founder and chairman of The New York Forum Institute, a Call to Action for global CEOs, economists and business leaders to share ideas and provide recommendations and solutions for new business models in a post-crisis world. Attias is a global citizen, born in Fez, Morocco with a degree in civil engineering and a Masters in mathematics and physics. He is fluent in English, Arabic and French and, although he is currently based in New York, he travels regularly across Europe, Africa, Asia, Latin America and the Middle East.