Elumelu calls on African entrepreneurs to take business to BRICS 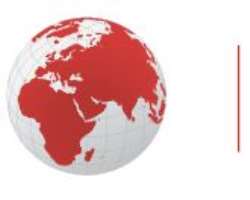 In front of an influential audience of business leaders from BRICS and 19 other African countries, Elumelu spoke of the need for mutually beneficial partnerships between African countries and the BRICS nations: "A new crop of African entrepreneurs are emerging who have ambitions beyond the continent. They should be investing in the BRICS countries in the same way that BRICS are investing in Africa - this relationship needs to go both ways.”

Elumelu was speaking at a panel session on “Specific measures and initiatives to increase business, trade, manufacturing, and investment ties between the BRICS countries and Africa”. The discussion, which was moderated by Donald Kaberuka, President of the African Development Bank, also provided valuable insights from other prominent African business leaders, including Mo Ibrahim, Isabella Dos Santos and Johann Rupert.

Kaberuka highlighted the need to improve infrastructure on the continent, stating that businesses could only grow if the infrastructure gap was addressed. Angolan investor Isabella Dos Santos stressed the need for investment in 'soft infrastructure' stating broadband technology would have a transformative effective similar to mobile technology in Africa.

Mo Ibrahim livened up the audience with his delivery, but behind the jokes were very real and critical messages about Africa's poor global image and the importance of governance. He talked about his foundation's governance index which was one of the most comprehensive in the world, measuring 88 parameters including transparency corruption, education and health. His final message to investors was; “Don't come to Africa and help, come and make money because the highest return on investment is in Africa. Enjoy making money in Africa but please behave".

South African Johann Rupert, Chairman of Richemont and Remgro talked about the critical things he looked for as an investor – regardless of where his investment was located. He listed the four critical areas as: the rule of law, independence of the judiciary, security of property and transparency of markets.

Elumelu summed up the general consensus of the BRICS business council meeting when he concluded that: “As African business leaders, and as Africapitalists, we agree that we have amongst us enough resources to make things happen in Africa. We must share the opportunities on the continent. There are enough of us to make a difference. We need to work together to find ways of increasing trade and investment ties between the BRICS nations and Africa.”

Distributed by the African Press Organization on behalf of Heirs Holdings.

Heirs Holdings is a pan-African proprietary investment company driving Africa's development. We are active long-term investors who specialise in building businesses and corporate turnaround. We aim to transform the companies in which we invest and grow them into businesses that last. We invest in Africa to create value for our shareholders and partners, and to create economic prosperity and social wealth for the continent. Our investments in power, financial services, oil and gas, real estate and hospitality, agri-business and healthcare are helping to build economies, create jobs, drive prosperity and ultimately transform the lives of ordinary Africans in Africa.