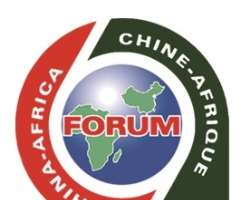 BEIJING, China, August 16, 2013/African Press Organization (APO)/ -- Today, dozens of African health ministers and Chinese health officials gathered at the Ministerial Forum on China-Africa Health Development (http://www.focac.org/eng/) to map out new efforts to support Africa's long-term health progress and shape the future of China-Africa health cooperation. This was the first-ever meeting of health ministers under the Forum on China-Africa Cooperation (FOCAC) since it was established in 2000, demonstrating the highest level of political commitment to tackle Africa's most pressing health challenges together.

At the Forum, health ministers and officials launched the Beijing Declaration of the Ministerial Forum on China-Africa Health Development, which sets a roadmap for jointly addressing key health challenges across Africa, including malaria, schistosomiasis, HIV/AIDS, reproductive health, immunization and vaccine preventable diseases. Under the Declaration, China and African countries will embark on new efforts to achieve sustainable, long-term health solutions, such as increasing partnerships on joint research and addressing the shortage of healthcare workers. China and African countries will engage further with private enterprise to encourage technology transfer and increase access to low-cost health technologies that meet high quality standards. The Declaration emphasizes that such health cooperation efforts will align with African countries' priorities as well as national and regional development plans.

“China and African countries have enjoyed strong and effective partnerships on health for half a century, based on our common experiences and our shared vision for a brighter and healthier future for all our citizens,” said Hon. Min. Awa Coll-Seck, Minister of Health of Senegal. “The Beijing Declaration solidifies our governments' commitments to developing and implementing Africa-led strategies that drive sustainable health progress and improve the lives of people across the continent.”

This year marks the 50th anniversary of China sending medical teams to African countries, with the first team sent to Algeria in 1963. Since then, thousands of medical personnel have served in 43 African countries. China has also worked with African partners and international organizations to build hospitals and malaria centers, train health workers and increase access to antimalarial treatments and other health technologies. Academic institutions and private companies have also supported these efforts.

Now, China and African countries are exploring opportunities to build on this progress and contribute new resources, innovation and leadership to drive health progress across Africa. “Chinese and African citizens live on the same planet, under the same sky. China's partnership with Africa is rooted in humanitarianism. As President Xi described, this love has no borders,” said Hon. Dr. Li Bin, Minister of China's National Health and Family Planning Commission. “I believe the Chinese Medical Teams will strive to make a greater contribution in the future.”

In this new era of collaboration, Chinese and African government officials and other stakeholders will work closely together to identify sustainable solutions to health challenges. This will include bolstering human resources capacity in African countries, supporting domestic manufacturing capacity, and increasing access to low-cost, high-quality health products.

These joint efforts will draw on and leverage China's own experiences with improving public health in a resource-limited setting. China will also share the tools and expertise it has acquired through its investments in health research and development, the production of health technologies, and its current health reform effort to expand healthcare to all citizens.

China and African countries will also work closely with key global health stakeholders to support China-Africa health cooperation, including multilateral organizations, international NGOs and civil society organizations. Representatives from the World Health Organization (WHO), UNAIDS, UNFPA, UNICEF, African Union, World Bank, GAVI Alliance and Global Fund to Fight AIDS, Tuberculosis and Malaria were observers of the Forum. These international partners have been critical to the health progress already made in both China and African countries, and their expertise and experiences can support deepened and more effective China-Africa health cooperation.

"The decades of collaboration between China and Africa has long been characterized by friendship and goodwill,” said Dr. Margaret Chan, Director-General of WHO. “China is now a significant force in Africa's development, with substantially increased commitments and engagements. This is a south-to-south model of development cooperation based on mutual interests and respect.”

The Ministerial Forum builds on important discussions in Botswana at the 4th International China-Africa Health Cooperation Roundtable, which took place for the first time in Africa in May 2013.

The Forum is held under the Forum on China-Africa Cooperation (FOCAC), and is hosted by the National Health and Family Planning Commission of China, formerly the Ministry of Health. Together, these meetings have laid the groundwork for continued South-South collaboration between China and African countries on pressing health challenges.

Distributed by African Press Organization on behalf of the Ministerial Forum on China-Africa Health Development.