A Crush From A Minor Is No Excuse 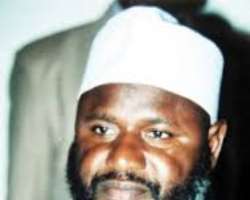 It is not unusual for a minor to have a crush on older men as long as it is not actualized. Many times the parents of the girls even joke about it. When those girls get a bit older and you remind them about it, they wonder if they or you were crazy.

This is what some dirty old men depend on as an excuse that minors that initiate sex loves them. If a minor is infatuated, you would expect an older man to be matured, rational and responsible.

Abusers that hang onto the immature behavior of children deserve to have his head examined by a psychiatrist. Flirtatious behavior is common amongst children as they get older and at puberty. They play mummy, daddy and parents buy them baby dolls they claim as their child. These are some natural behaviors at play. European royals designate their choice of partners early, until recently. None of these result in underage sex.

Mohammed Ali's wife, as a minor without luring her, wished she got married to him as an adult. Nutrition gives some girls matured shape at puberty. It is getting lower like warm sunny days in the winter that deceives flowers to unfold. Humans are not plants, we must not use the precocious appearance of little girls to take advantage of them.

While watching one of the documentaries on television, one of these mental cases was caught red-handed trying to make contact with fictional minor. His excuse was that he was mentally beside himself. Sometimes, these people also pursue little boys. The point here is sex, like drugs, turns some into desperado against victim loved ones in their way. So how save are those girls through no fault of theirs, are born sexually precocious?

We find it so obnoxious for a minor that actualize a crush on an older man; that we fail to watch out for other problems. There are signs or symptoms from a precocious girl we must detect early to render treatment. Otherwise, there are dirty old men and mental cases waiting to prowl on little babies or normal girls being girls in order to pass blame. But once girls are legal, it is a different game. We can only disagree on their choice.

Nymphomania or sex addiction needs treatment at any age. If children get away with it while at home, consequences for many reverberates back to haunt parents wondering where they went wrong. They might have suspected it but wishful thinking that they might be wrong or overreacting could have killed their curiosity especially with young boys and girls that were good at hiding it. They also watch and learn from us.

Sex addiction is not so different from other addiction in its compulsion. Like food and drinks, it is the desire to get more when we are not hungry for it. It becomes an obsession while on pursuit, may be sobering right after until the vicious circle repeats itself. They must learn not to lust after everyone for sex, eat every food in sight or get drunk because it is abundant. A control must be in place to trigger the 'stop' buttons.

Children decorate different parts of their bodies with gold rings, tattoos and ornaments. This may turn off average individual but it also gives different signals to men with some invidious intentions. There were days when no girl or boy from a good home would try any of these fads, not to mention bringing them home to parents. The law requires gentle persuasion of children and not the use of big sticks. So, we ban some sleepovers.

Parents are usually the first guards that need to discuss this with the pediatricians. In some communities, culture may dictate what is famously known in other cultures as genital mutilation of the penis or clitoris. They sincerely believe that unless operation is performed on boys or girls, they might become promiscuous. It is even worse in some communities where children see adults' cosmetic surgeries including designer virginia.

Social workers have suggested signs as truancy from school, always in the company of older boys or women and general distraction of daily activities common amongst peers. We blame everything on single parents these days to avoid responsibilities for poor and inadequate schools no matter which neighborhood children grow up. The fact remains, many successful people grew up with single parents. It takes a village to raise a child.

The difference between a grown woman or man and a child is the ability to reverse a bad behavior at an older age. The older you are the higher the chances that you have completed your education, able to get a career and on a path to success which can still falter. But a child that has not even started may lose his or her youthful energy towards a goal that becomes destructive and irreversible. That is, may never have the chance.

If a grown person has a crush and everything went wrong after, she may have a career or something else to fall back on. A child has nothing to fall back on when her youthful exuberance is spent on unproductive endeavors, such as casual sex. How many men are fathers going to kill because of a wayward child bent on being promiscuous?

Most communities do realize that children may not be able to reveal who abused them early and have instituted longer statute of limitation so that abusers would not get away with it over some years. The older the girl, the more mature she gets and easier to name her accusers. This has generated some controversies in an age where even a wife could allege rape by her husband when she was younger. King of Swaziland must watch out.

A conversation between two ladies illustrates this. One claimed she thought she was in a dream until she woke up with her friend getting off. The other was skeptical because she could not believe she did not know what was going on in her sleep, unless she was drunk. Well, some women like spontaneous sex and others claim date rape.

If boyfriends or husbands have to take permission before going to sleep at night in case one became spontaneous in the middle of the night, a great deal of people would be in trouble not for sex with minors but for not getting consent before going to bed at night.