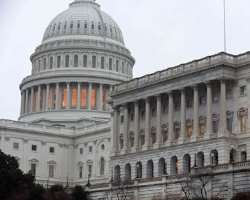 SAN FRANCISCO, August 09, (THEWILL) – The United States Under Secretary for Political Affairs, Wendy Sherman, is to lead the U.S. delegation in the Regional Security Cooperation Working Group meeting of the United States-Nigeria Binational Commission (BNC) scheduled to hold in Abuja on August 15.

A statement issued on Thursday by the office of the spokesperson, U.S. Department of State, said participation in the Commission meeting reflects the commitment of the United States to her critical bilateral relationship with Nigeria.

“The United States supports the aspirations of the Nigerian people for a peaceful, prosperous, stable, and democratic future,” the statement said, adding “BNC meetings provide a venue for sharing ideas, perceptions, and best practices on matters of mutual concern, which are addressed in working groups, with this meeting focusing on regional stability and civilian security.”

According to the statement, “The August 15 meeting will further define challenges of mutual concern to both nations, and outline joint responses for future partnership.”

It also expressed the gratitude of the U.S. Government to the Federal Government for its friendship, cooperation, and hospitality over the meeting, saying the U.S. looks forward to productive talks at the meeting.