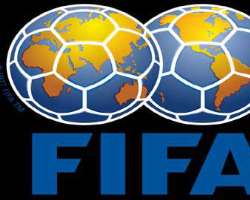 Until a couple of weeks ago, the match was set to be a non-issue, but after FIFA penalised Equatorial Guin ea for fielding an ineligible player in their qualifying matches against Cape Verde, the Portuguese Island off the west coast of Africa gained three valuable points and moved into a position in which they are mathematically capable of overtaking Tunisia and earn the pool's ticket into the 10-team final
elimination round.

With seven points to Tunisia's nine, the Blue Sharks will depose the Carthage Eagles and jump into the pot for the Draw that takes place in Cairo on 16th September, if they win at the November 7 Stadium, Rades, outside Tunis.

Cape Verde made a sensational debut at the Africa Cup of Nations earlier this year, reaching the tournament quarter finals at the expense of Angola, and had   naivety to blame for their defeat to
Ghana's Black Stars.

The centre referee for the game is Gambian Bakary Papa Gassama, to be assisted by Eritrean Angesom Ogbamariam (Assistant Referee 1), Rwandan Felicien Kabanda (Assistant Referee 2) and another Gambian, Maudo Jallow as 4th Official.