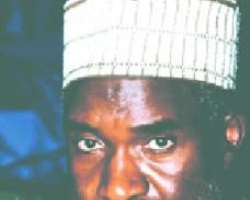 Adamawa State finds itself caught in a siege of political re-mechanizations. It shows promising indications of a politically laced religious clash on the offing. And at the center of the pending clash is the spat of suspicious impeachments and alleged conspiracy of the Adamawa State Governor, [Nyako] the Secretary to the State Government [SSG] and the Chief of Staff [COS] to remove non Muslim local government area [LGA] Chairmen.

Between December 2009 and February 2010, five LGA chairmen were served impeachment notices; three were rescued by the Governor, two were impeached.


Senator Jibril Aminu commented that the impeachment did not follow due process – that it was illegal.


That notwithstanding, 10 more impeachments are said to be in the works.


Already, the Chairman of Association of Local Government of Nigeria [ALGON] who is also the Chairman of Demsa LGA has asked the impeached LGA Chairmen to return to their respective offices. He also called the impeachment illegal. He has threatened mass protest against the Nyako administration. Privately, the ALGON Chairman predicts violence, if the government continues in its part.


Particularly, on December 28, 2009, the LGA Chairman of Juyuk, Engineer Kube was impeached and on February 2010, the Chairman of Mubi South LGA, Engineer Bitrus was also impeached. The LGA Chairmen of Lamorde LGA, Song LGA and Mayobelwa LGA were served impeachment notices but were rescued.


The involvement of the State Governor, Nyako, the SSG, Tanimu Kobis, and COS, Bello Tukur in the impeachments of the two LGA Chairmen and the rescue of the three LGA Chairmen is said to add a dimension of possible conspiracy by the trio.


Information available to Ukpakareports.com indicates that the period leading to up to the impeachment, prominent stakeholders in the Adamawa State and in the LGA pleaded the cases of the LGA Chairmen. In the case of the Juyuk LGA Chairman, Dan Suleiman and the Paramount leader, HRH Kwandi Mumu Jaraya of Mumukudu kingdom pleaded with Governor Nyako at a 4:30am meeting at the home of Governor. At the meeting, Gov. Nyako told the duo that the Chairman of the Juyuk LGA does not frequent his office enough for him to come to his rescue. He continued that he had rescued the LGA Chairmen of Lamorde and Song LGA.


But with the continued insistence from the two prominent men, the Governor agreed to intercede and halt the councilmen from continuing with the impeachment proceedings.


Two days following Governor Nyako's promise to intercede, the Governor sent armed Mobile Police men [MOPOL] from Yola, the State Capital, to Juyuk LGA to protect the councilors that were deliberating on the impeachment of Engr Kube – against the protesting crowd who understood the impeachment to be a move against Christianity.


The Chairman was impeached. He was charged with misappropriation of LGA funds.


Interestingly, the monthly allocation of Juyuk LGA is deducted 64% by the Governor under the label of statutory loans. The LGA, puzzlingly, does not know what the statutory loan is meant for. The remaining 36% is left for the LGA to pay salaries and to carryout the duties of running the LGA – such as the construction of a women's development center, construction of vice chairman's office, construction of legislative chambers among others. Juyuk LGA is the only LGA that has been paying salaries up to date.


As gathered, the impeachment of Juyuk LGA Chairman may have to do with his strong Christian tie in the LGA and Nationally. Engr Kube is a strong member of the Christian Association of Nigeria [CAN] and the Chairman of the Northern Christian Elders Forum [NOCEF]. The other two LGAs of Lamorde and Song are chaired by men of the Islamic faith – and so were rescued by the Governor.


Auguring the conspiracy is the reported fear that the LGA Chairman is angling for the 2011 gubernatorial race. And to the Governor and his men, Engr Kube's popularity in Juyuk LGA presents a potential lock jam against their planned 2011 political activities. This is because both the Chief of Staff and Secretary to the State Government are both from the same geo-political zone as the Engr Kube.

Other operators working in tandem with the Governor's men are Ahmed Baraka and Hon. Wilbila Jackson. Particularly, Mr. Baraka is said to be working under the SSG, Tanimu Kobis. It was at Ahmed Baraka's home that the impeachment report was planned and drafted. Ahmed Baraka was a former member of the house of representative. He is presently the Chairman of Shelleng LGA. He wants to contest in 2011 to return to the house of representative. Interestingly, Ahmed Baraka's LGA falls under the same constituency as Juyuk where Engr Kube held sway. Hon Wilbila Jackson is a close ally of Governor Nyako and was the former sole administrator of Juyuk LGA. She also houses aspirations to contest in 2011 for a seat in the National Assembly.


With tin-foil conspiracies at large, and the Governor's men receiving signals, Juyuk Chairman was, for all intent and purposes, toast. Prior to the impeachment, when Tanimu Kobis was hurting for the head of the Juyuk LGA chairman, an incident served the head of the chairman on a platter. This is as Asian investors who had previously discussed with Governor Nyako about citing a cement factory in Juyuk LGA, returned for another meeting with the then LGA chairman, Dan Suleiman and former Senator Zingwina to discuss the issue of getting the youths to support the citing of the factory. The SSG, Tanimu Kobis was not present for the meeting and felt slighted. He was angered. And reacted to report the incident to the Governor as a mischievous attempt to “corner the contract” by the trio. And so Engr Kobe was to be sanctioned and so started his troubles.


On the face of the religious undertones to the seemingly selective impeachments are the political overtones.


The PDP in Adamawa State is presently plagued with internal wrangling that point to the Governor, COS, and SSG. The Governor and the SSG had come from the ANPP, the COS from the AC. The wrangling led to the formation of two factions within the PDP - with the said new comers on one end and the old comers on the other. The old comers or original members of the PDP have charged the Governor's men as operating to destabilize the PDP in order to defect to the new mega party which Nyako has expressed interest in. “they are not doing anything to stop the ongoing impeachment. Nyako was imposed by Obasanjo but the people of Adamawa wanted Senator Zingwina.” They charge that Nyako and his men are only concerned with the destabilization of PDP.


Adding pedigree to the charge is the fathers of politics in Adamawa State [10 in number] that assisted the Governor in winning his gubernatorial election. They claim Nyako abandoned them. The 10 fathers of Adamawa politics include, Prof. Jibril Aminu, Bamaga Tukur, Hassan Adamu, General Haniniya, Amb. Dan Suleiman, Gen. Zidon and others. The 10 fathers of politics are said to have maintained the PDP in the State prior to Nyako's emergence. Today, his sons, the COS and SSG run the affairs.


And so Adamawa State finds itself under siege.

To knowledgeable observers, fear for what may result as the number of impeachments continue grow, have become concerning. How the Christian community would react to more impeachments may trigger or determine the extent of the pending clash. Already the components are there.