THE WAY WE SEE IT: WHY JONATHAN MUST BE MADE SUBSTANTIVE PRESIDENT NOW 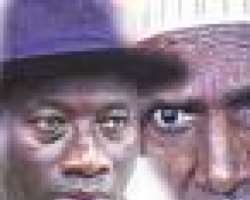 AN XCLUSIVENIGERIA COMMENTARY:
The first step in doing right by Goodluck Jonathan, and in propelling our constitutional democracy forward, has been achieved with his ascension to power as acting president of the Federal Republic of Nigeria. Those who stood strong and firm by the constitution and the rule of law, against the dishonest position of the ruling cabal that Umaru Yar' adua could rule from anywhere, have given a good name to themselves and are assured of history's acknowledgement of their courageous and historic role in standing by the constitution, and propelling Jonathan into the presidency.

The second and final step in our determination to institutionalize our democracy and its institutions is for the National Assembly to make a proclamation making Jonathan the defacto and dejure president of the Federal Republic of Nigeria. This is the right and proper thing to do. This is what the constitution prescribes. This is what must be done. Not tomorrow. But today. This is the time to invoke Section 144 of the Nigerian Constitution.

Those who designed constitutional democracies always knew that an effective democracy depended on an orderly succession. That is why the ranking positions in all democratic institutions are designed with deputy positions so that the operations of the organization must continue in the absence of the defacto and dejure leader.


The present political impasse in Nigeria is exactly the situation constitutionalists foresaw. The exact whereabouts of President Yar'Adua is unknown. So also is the nature of his ailment and his health. For their own selfish purposes, the members of Yar'Adua's kitchen cabinet have fed lies and half truths to the nation. This is the 21st century, and yet a few powerful, corrupt and power-crazed men and women in Nigeria have succeeded in keeping a whole nation in the dark about the true position of their ailing president.


Is the man terminally ill? What is the true nature of the diagnosis? How is he faring? Where is he? What hospital or country is he exactly? How does he look like now? When is he expected to return to the country and to his duties? These are simple and straightforward questions, which are commonplace in developed societies, and to which the government would have kept the nation abreast on a daily or weekly basis. That is the nature of genuine representative government.


This is not the case in Nigeria, where those who have the answers to these questions, have in their own wisdom decided that the truth about president yar' adua must not be told to the people. While the president's whereabouts are unknown, and his health status has become a subject for virile imagination, these few powerful men and women are busy robbing the state with careless abandon, and feverishly stashing their loot away. They have also been busy making plans for the 2011 presidential elections, which is around the corner, and secretly putting their rigging machinery in place, to consolidate their power.


Nobody knows what has become of the Nigerian president. Is he alive? Is he brain damaged, as some have suggested? Is he dead, as many newspapers, even in Saudi Arabia, have reported? Is so, when did he die? Where is his corpse? Shouldn't he be given a state burial? Shouldn't the nation be allowed to mourn him? If he is alive, in what country is he in? What is the exact nature of his illness? When is he expected to recover? How does he look like now? Why doesn't he make a broadcast to the nation?


These are the questions that agitate the minds of Nigerians. But these are questions that the government has not seen fit to address. Clearly, a lot of evil people are benefiting from the shroud of uncertainty which envelopes the president's whereabouts? Keeping the status quo, both for personal and regional advantage, is what the game is all about. Isn't it? The making of Jonathan as acting president is a rare success in the vicious power game that is Nigerian politics. But it was the constitutional thing to do. It was the right and sensible thing to do. But that was only the first step.


The second step is to make him the substantive president of Nigeria, in the absence of the president whose whereabouts is a mystery. That is the constitutional thing to do. It is also the decent and sensible thing to do. It is the rule of law. President Yar'Adua is clearly incapacitated. If he were not, why has he not been heard from for months? The so-called interview he gave the BBC from his hospital bed a few weeks ago, was nothing but a brilliant but devious script written by the satanic people who have kept the president's health situation a mystery to the Nigerian people for so long.


Jonathan must be declared president, not tomorrow. But today. Clearly, those who are keeping president yar'adua's situation a mystery want to perpetuate the confusion, keep the status quo, and deny Jonathan from becoming substantive president, to keep their hold on power. But Nigeria does not belong to a few people. It neither belongs to the north, to the south, nor to the niger delta, for that matter. It belongs to all of us. And our strength and future depends not only on our unity, but also on justice and on our application of the spirit and letter of the constitution. And so, it is the position of the editorial board of xclusivenigeria.com, Nigeria's international online newspaper, that Jonathan must be made the defacto and dejure president of Nigeria.

Not tomorrow. Not next week, but today. It is his right as vice president, and now as acting president. It will be the application of the wishes of the Nigerian people. It is what the constitution demands. It is what our democracy prescribes.


What is important and urgent today is that we do the right thing by him as a people and as a nation. And by doing this, we shall also be doing the right thing by ourselves, and our children's future. This is not simply about giving executive power to the acting president. This is about making the constitution take its course. With the continuous absence of the president, it is our considered position that since it clearly appears that the president is incapacitated, the acting president must assume executive power right now. The nation must not be allowed to drift. Nigerians have fought long and hard for democracy. They must not relent. This is the time to consolidate it. This is the time for the national assembly to stand up and be counted. This is the time for Nigerians to stand up and demand for justice and the rule of law. Where would our country be without the rule of law? Where would we all be?