IS JANG LEADING PDP GOVERNORS OR NGF? AN APPEAL FOR COMMON SENSE 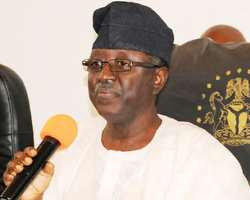 If events surrounding the chairmanship election of the Nigeria Governors’ Forum (NGF) are anything to go by, then we can confidently say that we may have installed the worst set of leaders in the history of this great nation.

The NGF is a body made up all the 36 state governors in regional power, Nigeria. The duration of its executive is a renewable term of two years. Usually the ruling party, which has the most governors, produces the chairman while the position of the vice-chair is reserved for an opposition governor.

Since inception, past leaders of the body include erstwhile governors of Nasarawa and Kwara states, Abdullahi Adamu and Bukola Saraki. Both men, like some of their lucky colleagues, are now members of the National Assembly as Senators. The body proved to be a powerful one during their tenures, but the kilogram it weighed then, when compared to the present day is the scenario of night and day.

Exactly two years ago, Rivers state governor, Rotimi Ameachi emerged as the head of the forum. His Anambra counterpart, Peter Obi was elected deputy. From that time up till now, the NGF as cleansed itself of the hitherto notion that it is an adjunct or rubber-stamp (for a sweeter word) of the presidency. On many occasions, it has stoutly risen against federal policies it believes are injurious to the masses, federating states and above all the economy. Little wonder the national government and hierarchy of the People’s Democratic Party (PDP) consider it gross insubordination and a disgrace that a member, who attained the position of helmsman his state on its platform, has successfully ridiculed it by staying outside and urinating inside from across the fence.

Months before the May 24 2013 election, the PDP kicked off a campaign to oust its famous prodigal son, Amaechi, whose sins are many; very much actually. These include his stance on the Excess Crude Account, Sovereign Wealth Fund, State Police, autonomy of Local Governments et cetera. Above all, he is perceived as planning a coup de tat against the re-election bid of the President Goodluck Jonathan, a fellow south-southerner.

Be that as it may, after intense horse-trading and fresh alignment, the NGF election was eventually held amidst a most heightened tension. At the end of the day, the incumbent edged out his rival, Jonah Jang of Plateau state with 19-16 votes in an epic battle that has come but hasn’t gone. The bad-blood the poll the result generated has triggered more uncertainty in the polity and this is buttressed by a statement credited to Ondo state head Olusegun Mimiko, twenty-four hours after the winner was declared, he disclosed that some governors came close to exchanging blows during the dusk before.

As for him, it is no surprise that he pitched his tent with the Jang-led faction. He is now a stooge of the President, who was magnanimous to help him win re-election in last October 20 gubernatorial race. Besides, right from that day, he effectively became a PDP member-in-waiting. It won’t be long before the man, likewise Peter Obi, another member-in-waiting, formalize their loyalty to the ruling party.

Glaringly, the Jang faction is finding it hard to come to the understanding of what went wrong and have already vowed not to give in so easily. They argue that a list containing 19 signatures was supposed to be respected. Now, isn’t this a ground for one to ask them to go back to learning? An election and not a selection was what they all agreed to conduct. Also their claim that it was wrong for the incumbent to be in office and still conduct the election really does not hold water. Trust newsmen, while Mimiko was struggling to give all the lame excuses in the world for their rejection of the outcome, one of them asked whether the shadow Oga at the Top of the group, as well as governors stepped down from office before the conduct of their respective election. He lost his voice.

In the meantime, the Nigerian media, political observers as well as commentators at vendor stands across the federation, are in for the feast of their lives. The unfolding drama is gradually becoming what one use as a daily nutritious three-square meal. Without a doubt, whether they admit it or not, the pro-presidency faction lost this one. They should eat the humble and re-strategize.

In other news, ‘Jang and the 17’ have expressed readiness they will soon open a parallel secretariat of the Nigeria Governors’ Forum. Interesting is the word; we are watching.