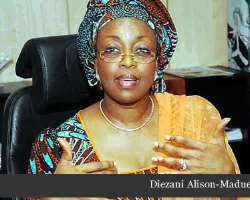 The award to one Mr. Jide Omokore's Atlantic Energy Drilling Concept Limited described as a close ally of the Minister is the reason for an agitation for a probe by the Human and Environmental Development Agenda, HEDA.

According to the petition, 'The communities accused the minister of having secretly transferred production rights in four large oil blocks (OMLs 26, 30, 34, and 42) to Atlantic Energy Drilling Concept Limited (Atlantic
Energy) allegedly owned by one Mr. Jide Omokore,' HEDA said in its letter to the Commission signed by its chairman, Olanrewaju Suraju, drawing attention to a report in sunnewsonline.com.

The petition alleged that “Mr. Jide Omokore's Atlantic Energy Drilling Concept Limited neither tendered for, nor bided for the blocks. The petition alleged that on the above named OML, the minister entertained no bid under the guise of a 'Strategic Alliance Agreement' that earned the federation account a little more than $50 million as initial entrance fee from Atlantic energy. The petition further added that if the open and competitive bidding process mandated by Public Procurement Act had been followed, the market value of the OML 30 assets divested to Atlantic Energy should not be any less than $800 million.'

HEDA recalled that the oil industry, especially the Nigerian National Petroleum Corporation, has been plagued for years by accusations of corruption and fraudulent dealings.

'This has led to misappropriation of revenue earned from oil production, consequently leading to under development and widespread poverty in the nation, not to mention injustice to the indigenes of the Niger Delta,' HEDA said.

It argued that the state, over time, failed to ensure the exercise of the right to development of the communities in the Niger-delta which has led to such consequences evidenced in the rise of militancy in the region to which the government has lost billions of Naira in revenue.

'The duty to ensure exercise of the right to development is one given to the state by virtue of Article 22(2) of the African Charter on Human and People's Rights,' HEDA said, calling on the NHRC to use the powers available to it to investigate these allegations and make appropriate
recommendation(s) to the Federal government for the revocation, prosecution and such other actions as it may deem expedient.