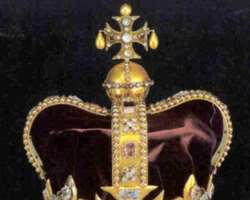 Gov. Peter Obi has charged traditional rulers of Anambra State to be good Ambassadors of the State and avoid speeches, actions and even attending occasions that will put their character in question. He was speaking while declaring open the seminar for traditional rulers in the State at their Secretariat near the Government House at Akwa.

Obi said by the virtue of their positions as the custodians of the culture of the people and the primus inter pares among their subjects, that they looked up to them for inspiration, guidance and direction.

Obi who said that he was not against traditional rulers attending social functions, said that they should always try to inform the Special Adviser on Chieftaincy Matters or him whenever they are travelling g out of the State. His words: “Today, I cannot travel out of Nigeria without informing the President. If anything happens to me, the President should know my whereabouts. Likewise, it is not good for you to travel out of the State without informing me. In spite of their stature and prominence, traditional rulers such as Obi of Onitsha, Igwe Alfred Achebe and the Igwe of Ikelionwu, Igwe Peter Ezenwa of Oba, Prof. Chukwuemeka Ike still inform me whenever they travel out of the State. If anything, which we pray against, happens, they will ask me as the Governors about you,” Obi said.

Obi thanked them for the cordial relationship existing among them and assured them that he would continue along that line in the overall interest of peace in the State. “Before me, Anambra had cases of traditional Rulers that did not agree with the Government of the day being removed, but under me, nothing like that has happened and will not happen. All I ask of you is for us all to work together in the interest of peace and development of Anambra State”, Obi said.

As a mark of the good relationship with the traditional institution and to elevate their pride among their people, Obi said the Government would soon provide SUVs vehicles to all of them at no cost at all.