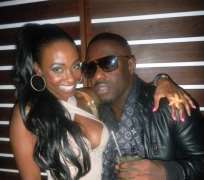 In last week's episode of Jim Iyke's reality show, 'Unscripted' Jim and his girlfriend, Kenturah got into a verbal fight in public after Kenturah felt Jim was ignoring her and flirting with other girls.

Watch the video below