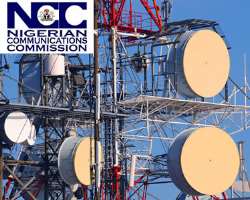 SAN FRANCISCO, April 14, (THEWILL) – The poor services being rendered by telecoms operators in the country have become a source of worry to many Nigerians.

In Oyo State, a lot of disatisfied customers could not hold back their pains as they besieged the venue of the Nigerian Communications Commission {NCC} public forum to express their grievances about the services being provided by the service providers.

Most of their complaints centred on the constraints they encountered and the outrageous charges by the telecommunication giants as they urged NCC to sanction the operators.

Their complaints came as NCC informed the consumers that they can now move to another network of their choice using the same number under the proposed Mobile Number Portability (MNP) expected to begin in the next few months.

Executive Vice Chairman of NCC, Dr. Eugene Juwah,said the commencement of the Mobile Number Portability would not only improve the quality of service in the sector but will also reduce drastically subscribers call tariff.

According to Juwah, the cardinal focus of the commission was to give the consumer a choice and the freedom to be with the best network at any time as well as a level playing field to enhance competition in the industry.

He assured Nigerians that the commission would ensure that the tariff platforms on all the networks were transparent and would continue to emphasise that quality of service index of all networks be published in the media at regular intervals so as to guide subscribers in making an informed decision on the network to choose before immigration.

"MNP will definitely give consumer varieties of choice but the major issue is for us to improve on our infrastructure and improve services so that we don’t have to be moving from network to network.

"For the successful implementation of this initiative, the Commission has developed comprehensive porting guidelines and engaged Number Portability Clearing House managed by a reputable and neutral operator which would act as a centralised databased and a unified billing system interface," he said

According to the NCC boss, MNP will also reduce the habit of carrying many handsets by subscribers for fear of network failure, as they have the option to migrate to the best network of quality.