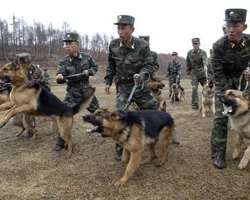 China warned against "troublemaking" on its doorstep, in an apparent rebuke to North Korea, and the United States said it was postponing a missile test to help calm high tension on the divided Korean peninsula.

The North, led by 30-year-old Kim Jong-un, has been issuing vitriolic threats of war against the United States and U.S.-backed South Korea since the United Nations imposed sanctions in response to its third nuclear weapon test in February.

Pyongyang's anger appears heightened by U.S.-South Korean joint military exercises. But most analysts say it has no intention of starting a conflict that would bring its own destruction and instead is out to wring concessions from a nervous international community.

The North told diplomats late last week to consider leaving Pyongyang because of the tension, but embassies appeared to view the appeal as more rhetoric and staff have stayed put.

South Korea said it was ready for any kind of action that the North's unpredictable leaders might make - including a possible missile launch - by Wednesday, after which the North said it could not guarantee diplomats' safety.

Chinese President Xi Jinping, addressing a forum on the southern island of Hainan, did not name North Korea but said no country "should be allowed to throw a region and even the whole world into chaos for selfish gain".

"We oppose provocative words and actions from any party in the region and do not allow trouble making on China's doorstep," Wang said, according to a ministry statement on its website.

On Sunday, the ministry expressed "grave concern" at rising tension and said China had asked North Korea to "ensure the safety of Chinese diplomats in North Korea, in accordance with the Vienna Convention and international laws and norms".

China's embassy, it said, was "understood" to be operating normally in Pyongyang.

Australian Prime Minister Julia Gillard, addressing the Hainan forum, said avoiding conflict on the peninsula was vital. "There, any aggression is a threat to the interests of every country in the region," she said.

Interviewed by Sky News, he said the international response "should also be very clear, very united and calm at all times because it's important not to feed that frenetic rhetoric that we've seen over the last few weeks".

Switzerland's Foreign Ministry offered to mediate, saying it was "always willing to help find a solution, if this is the wish of the parties, such as hosting meetings between them".

Kim, the third member of his dynasty to rule North Korea, is thought to have spent several years in Switzerland being educated under a pseudonym. He took over in December 2011 after the death of his father Kim Jong-il, who confronted South Korea and the United States throughout his 17-year rule.

FEAR OF "MISCALCULATION"
In Washington, a defense official said a long-scheduled test of the Minuteman III intercontinental missile, due to take place at the Vandenberg Air Force Base in California, would be postponed.

"This test ... has been delayed to avoid any misperception or miscalculation in light of recent tensions on the Korean peninsula," the official said on Saturday. "This is the logical, prudent and responsible course of action to take."

He said the test had been unconnected to "anything related to North Korea" and added that another test launch could be expected next month. The United States remained fully prepared to respond to any North Korean threat, the official said.

The South Korean president's office said the country had a "firm military readiness" for any eventuality. It described as "planned behavior" the North's call for South Korean workers to leave the Kaesong joint industrial park, just inside North Korea, and for diplomats to evacuate Pyongyang by Wednesday.

"Ahead of that time, a situation like a North Korean missile launch could occur," Kim Haing, a spokeswoman for the presidential Blue House, quoted the chief of the National Security office as saying. "As of now, there are no signs of all-out war, but if a local conflict breaks out, North Korea should be aware that it will pay the price."

South Korean media said on Friday the North had moved two medium-range missiles to the country's east coast, but there has been no confirmation of such a move.

The North has always condemned joint exercises off the South Korean coast, but its rhetoric has been especially furious this year as the United States sent nuclear-capable stealth bombers from their home bases.

North Korean state television showed a military training session, with soldiers putting dogs through their paces, including one seen tearing to pieces an effigy of South Korean Defense Minister Kim Kwan-jin. Soldiers were shown firing at pictures of the minister and a depiction of a U.S. serviceman.

"As you all know, on the Korean peninsula, it is not a matter of whether we will have a war or not, but whether it will take place today or tomorrow," an unidentified soldier said.

"This is a situation like being on the eve of a big explosion. Every minute, every second counts. We are right now set to march, once the order is given."

There was no evidence of any tension in the South Korean capital, Seoul, with residents strolling in the city center on a chilly spring day.